Features Healthcare in a Minute
November 22, 2022
Posted By: admin

Last year, we spent $603 billion on drugs. That’s about $1,800 per person in
the US. Half of the $603 billion was spent on specialty drugs alone. Soaring
prices, not increased utilization, drove up the overall drug spending.

Specialty drug prices have increased a staggering 43% over the last five
years. To reign in drug costs, the Inflation Reduction Act caps all Medicare
Part D drug price increases at the inflation rate and out-of-pocket spending
for Medicare members is limited to $2,000 annually. This went into effect Oct.

1, 2022. In addition, Medicare will finally be allowed to negotiate a handful
of drug prices — but not until 2026. Seemingly in anticipation of prices being
controlled by Medicare, drug manufacturers increased the prices of some 1,200
products an average 31.6% from July 2021 to July 2022. In the meantime,
physicians are lobbying Congress not to cut their payments by almost 5% next
year. With inflation at 8%, the 5% cut is tantamount to a 13% decrease in
reimbursement.

St. Joseph’s in Syracuse and St. Peter’s in Albany are local
members. Two other national Catholic hospital systems, CommonSpirit and
Ascension (Lourdes in Binghamton), lost almost $2 billion each. Deficits were
attributable to declining revenues and significant contract labor (mostly
nursing) costs. In fairness to hospitals, their fees are either predetermined
by Medicare and Medicaid or predetermined with commercial insurers. So, unlike
drug manufacturers, they cannot arbitrarily raise prices to increase revenues.

Industry observers have speculated that the
smaller systems (comprised of “across the street mergers”) may be more
efficient because their proximity allows them to share clinical staff,
consolidate overhead, and merge departments. Industry experts Kaufman and Hall
don’t see things improving for hospitals through next year.

If hospitals
continue to lose money, they will be forced to make painful staff cuts, mostly
in non-clinical areas, to keep their doors open.

You are eligible for Medicare the month you turn 65. Open enrollment, which
began this Oct. 15, allows people to change their plan for 2023.

Medicare
anticipates the trend to enroll in Advantage plans will continue with 32
million seniors, or more than half of all eligible seniors, enrolling.
Advantage plans are operated by commercial carries like United, Humana, Aetna,
Blues, Cigna and Anthem. As the popularity of Advantage plans grows, so do the
markets served by the carriers. These plans offer more services than
traditional Medicare, often for no additional cost, such as dental, vision,
hearing, transportation and even meals.

Incredibly, Advantage Plan premiums
are expected to decrease 8% in 2023. Open enrollment for the Affordable Care
Act and most employer plans began Nov. 1. The Kaiser Family Foundation
estimates ACA premiums will increase 10% and commercial-employer premiums
about 7%.

As the stigmatization
associated with mental health declines, more and more people are seeking
treatment. But therapists are struggling to keep pace and meet the demand.

Adding to the problem, since 2011, the number of practicing psychiatrists
(MDs) has declined 6%. Most don’t accept Medicare and many don’t accept any
insurance. Psychiatric nurse practitioners are increasingly critical in
providing mental health services. Their numbers have increased 162% since
2011. Since then, NPs have provided 30% of all mental health visits. Start-up
companies are assisting these NPs with establishing and running their private
practices by lowering overhead and billing costs and contracting with both
Medicare and commercial insurers.

Consumer surveys reveal 70% of respondents
worry about their mental health coverage. Many plans still restrict coverage
or have expensive copays.

Out of Pocket Costs Concerning

A survey of 8,000 adults by the Commonwealth Fund revealed insurance does not
provide enough financial protection against rising healthcare costs.

43% of
those surveyed were inadequately covered and 9% had no coverage. 29% of those
with employer sponsored insurance and 43% of those with individual insurance
were underinsured because of high out-of-pocket expenses like deductibles and
copays. Underinsured is defined as spending more than 10% of your income on
out-of-pocket costs. 50% of those surveyed said they could not pay an
unexpected medical bill of $1,000 within 30 days. Pollsters West Health Gallup
asked 5,000 adults to grade US healthcare for affordability, equity,
accessibility, and quality. 44% of respondents graded US healthcare “F” and
33% graded it “D.” Only 22% of those taking the poll rated US healthcare
either “A” or “B.”

Virtual care was growing VERY slowly in the several years prior to the
pandemic.

The technology was there, but the acceptance by both providers and
consumers was not.

The pandemic caused virtual care, by necessity, to rapidly
proliferate. It is now widely accepted by insurers, providers and consumers
and it is integral to healthcare access and delivery.

The Massachusetts Blues
have teamed up with the Carbon and Firefly healthcare systems to offer their
members virtual primary and mental health care by early 2023. The Blues are
touting better outcomes, easier access, lower costs, less anxiety and improved
outcomes. There will be no copays. You will be able to access your provider
via laptop, desktop or phone. In addition to no commuting, waiting times will
be minimal. There will be wellness coaching and support and specialists will
be engaged, as necessary. The Blues will also provide free medical devices,
such as blood pressure monitoring, to its members. United Healthcare, Aetna
and Cigna are all considering similar products. 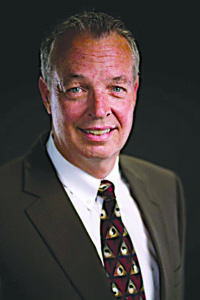