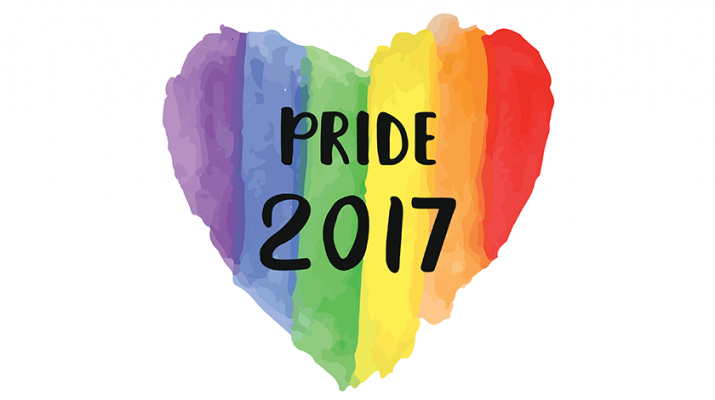 The mission of the Western New York Pride Center is to work with the community to make Western New York a safe, healthy, and satisfying place for lesbian, gay, bisexual, transgender and queer people to live, work, and establish their families.

Matthew Crehan Higgins is senior director of the nonprofit organization. He has been with the organization since September 2014; he formerly worked in various positions within immunodeficiency services at ECMC. He’s also a playwright, actor and activist.

Pride Center’s Pride Week celebration, which includes a parade and street party, is the organization’s most well known public event. It takes place from May 30 through June 4, starting at Elmwood Avenue and Forest Avenue in Buffalo.

Its day-to-day work, however, centers around several funded projects which serve the needs of its defined communities.

“Through our general LGBTQ health and human services project, we manage our daily operations,” said Crehan Higgins. “People can access computers at our ‘cyber center’ and library. We coordinate the Silver Pride Project, an active social group for LGBTQ people 50 and better.’”

Setting the bar for Trans Wellness

Crehan Higgins said the Pride Center is one of only two organizations that have received a New York State Department of Health transgender grant. The other is in New York City.

“With the success of our Trans Health Initiative, which addresses transgender communities’ healthcare needs throughout Western New York’s eight counties, we’ve demonstrated that programs like this should be rolled out across the state. These people are often at increased risk for certain health problems,” he said.

Brittany Marie Cobb, 33, is a client of the center who has benefited from the Trans Initiative.

“When I first came out, the Pride Center is where I went,” she said. “I was coming to terms with who I was. I didn’t know how to deal with myself or how to navigate the complicated legal and healthcare systems. Shevy [Siobhan Fitzgerald-Matson, the Center’s trans wellness coordinator] referred me to Evergreen Health for all kinds of healthcare. I don’t know what I have done without the Pride Center, especially support from Shevy, the staff and the other people I’ve met in person and online.”

One of the Pride Center’s newer initiatives must consider that technology now affects people’s behaviors.

“SCOUT addresses men under 30 who have sex with men,” said Crehan Higgins. “It’s also funded by the state Department of Health, and focuses on this population’s real-world sexual health experience and needs. One thing we have to account for is the fact that a lot of negotiation happens online or through a handheld GPS before people actually meet in person. We’ve had to update the models for planning, education and disease prevention.”

Many of the same confounding and tragic health issues that affect the general public are also a focus for the Pride Center. “We’re now developing a program for caregivers of LGBTQ people and allies with Alzheimer’s or another dementia as part of a state initiative,” said Crehan Higgins. “We’re getting great support from the Alzheimer’s Association of Western New York.”

Noting that because Gov. Andrew Cuomo is supportive, and that New Yorkers voted ahead of the rest of the country to approve marriage equality, Crehan Higgins said there have been gains and benchmarks set.

Taking a wider view of the political climate, and the anxiety it can elicit in people and groups more likely to experience discrimination or attacks, Crehan Higgins said, “LGBTQ and other allied communities saw a long presidential campaign which, at the very least, contained a lot of negative rhetoric. We’ve experienced increased contacts from people looking for referrals and information.”

The anxiety about the changing world is manifesting itself in different ways. “Last year the training course we offered through Spar Self Defense was only half-full,” said Crehan Higgins. “This year, it filled up so quickly that we’re adding a second one.”

Striking a realistic tone, Crehan Higgins added, “We are in a balance between needing to recognize and affirm that people have real anxiety, while also continuing to give hope and remind them that their lives have value, and that they have a right to expect respect around that.”