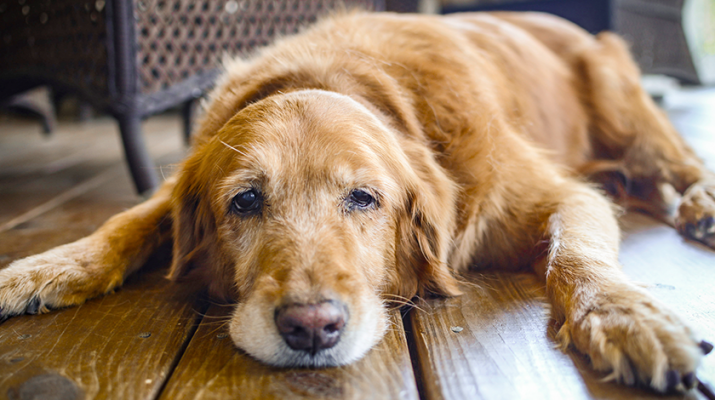 They may be animals, but emotional bond is unmistakable

Nora Eberl welcomed a basset hound named Ginger into her life when Ginger was 18 months old. From the very beginning, they had a special bond.

Ginger slept on a pillow next to her favorite human, and she claimed time every day to cuddle as soon as Eberl got home from work.

On the day Eberl met her husband, Matt, Ginger gave her the cold shoulder. However, Ginger thawed quickly; she loved Matt, and when the couple had children, Ginger loved them, as well.

When Ginger was 12, the vet found a growth on her tongue. A biopsy confirmed that it was cancer, and Eberl took her to a pain management vet, gave her the recommended medications and supplements, and fed her soft food. “It worked for a very short while. Her decline was super quick,” Eberl explained.

Eberl found comfort in talking about Ginger, sharing stories with friends who had lost pets, and creating a photo book. She also added Ginger’s name to the Rainbow Bridge site and read Cynthia Rylant’s book, “Dog Heaven,” to her kids to help them cope through the loss. However, it hasn’t been easy. “It takes time. I still miss her every day,” Eberl said.

She and her family knew they wanted a dog in their home and in their lives, and Clifford, a basset hound, soon became part of their family. “He’s a great dog, and I love his comforting presence and unconditional love,” Eberl said.

A smile every day

Tinker, a mixed-breed rescue dog, had a special talent: she smiled on command. Tinker was part of Judy Hagberg’s family for 14 years, after Hagberg rescued her at 6 months old. In addition to her smile, Tinker had another gift: providing comfort to Judy’s mom, who lived with them at the time.

“She followed my mom everywhere. Even when she was in the bathroom or sleeping, Tinker stayed by her side, keeping her company,” Hagberg said.

When Tinker started to decline, Hagberg tried to prepare herself for what was to come. “She got confused, became deaf, and started sleeping a lot. As she got worse, she became very thin, and we could tell she was suffering,” Hagberg said.

Even though she had tried to prepare herself, Hagberg found that the reality of Tinker’s death was very hard to bear. “I look around for her. She used to curl up under a blanket on the couch to sleep, and I still look for her there. I know she’s in a better place, but it’s been so hard. I miss her; she was my girl,” Hagberg said.

Hagberg noted many people seem to try to hold back when dealing with the loss of a pet, but she thinks that makes the loss even harder to bear. “Cry. It helps. There’s a grieving process that everybody goes through, and you will feel better if you let yourself grieve and cry,” she said.

Christine Moll, a faculty member at Canisius College, has a Ph.D. in counselor education and leadership, and she has experienced the loss of a beloved pet. She noted that society is the source of that “holding back” that Hagberg mentioned.

“We get a message that pets are disposable, and not really part of the family. When we lose them, we sometimes get really foolish messages that they’re replaceable. They’re not replaceable, and their absence in our life is tangible. When people dismiss our feelings about this, it can make the loss even harder to deal with,” she explained.

Moll went on to note, “Grief is grief is grief.” She explained that it doesn’t just go away or resolve itself; rather, we learn to tolerate it. “Grief is an emotional arthritis. Arthritis is inflammation in the joints, and that inflammation bothers us,” she said.

She mentioned that certain things, like coming home and not being greeted by a loving pet or passing the spot where the animal liked to curl up, can be tough. “These are the little moments where the memory flares up the emotional arthritis, and we miss the pet more than we might have yesterday,” she explained.

Moll said it’s important to do things that make us feel better. That might include keeping a photo of the pet in the house or giving ourselves permission to remember the joy we got from that pet.

Finally, she said it’s important to avoid pressure about getting another pet. She said some people decide they don’t want to get another pet.

“That’s a personal choice,” she declared, noting that people who mean well may urge getting a new pet as a way to help with the grief.

She emphasized that when people plan to get another pet, there’s no perfect time frame. “You have to determine if you’re up to the work of training and caring for the animal, what you can afford in vet bills, and whether you can handle welcoming a new animal into your home,” she said. “Welcoming a new pet into anyone’s life is a transition. Adding an animal to existing pets is also a transition, and it’s important to be aware of that,” she noted.