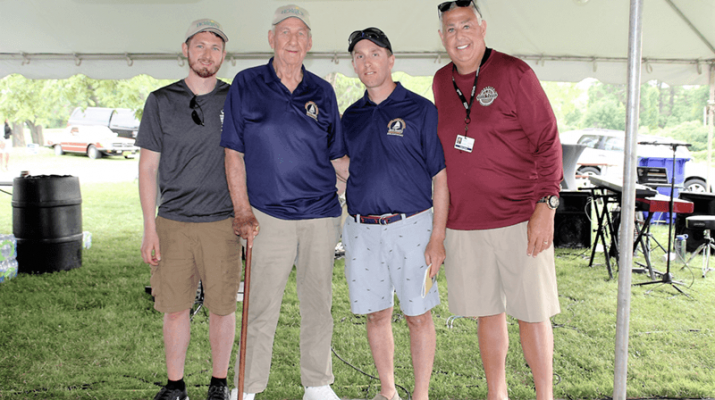 The 20th annual Jack Beatty Memorial Hospice Cruise and Clambake, a popular fundraising event for Niagara Hospice, was held July 12 at the Porter on the Lake Town Park in Youngstown. Proceeds will go toward replacing the sleeper couches in patient rooms at the Niagara Hospice House, ensuring family members and caregivers can stay comfortably with their loved one overnight..

John Kinney, owner and president of Whirlpool Jet Boat Tours, donated several jet boats for participants who had registered to ride with their own skipper to ensure they still had an enjoyable boating experience.

For 20 years, members of the Youngstown Yacht Club and skippers around Western New York have donated their boats and time to take attendees up the Niagara River for this signature fundraiser.

Attendees enjoyed a cocktail hour, live music by The Junkyard Dogs and the Soul Committee, a clambake and lavish buffet put on by Brickyard Brewing Company and served by the Lions Club. A silent auction with an expansive assortment of donated gifts raised additional funds.