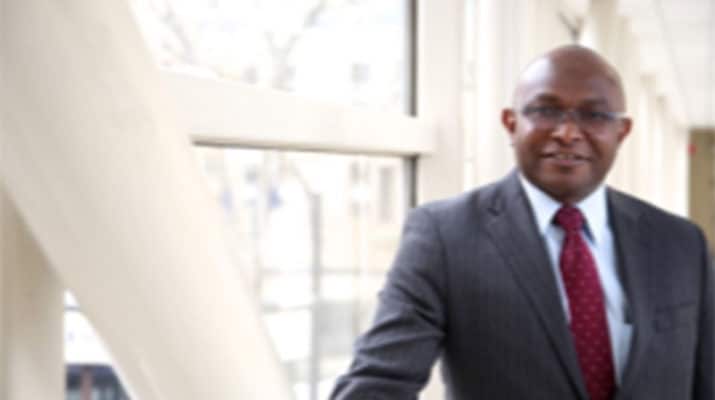 Elected by a body of fellow immunotherapy researchers from across the globe, physician Kunle Odunsi, Ph.D., deputy director at Roswell Park Comprehensive Cancer Center, has been named an at-large drector for the Society for Immunotherapy of Cancer (SITC) board of directors. The nonprofit organization’s members voted for Odunsi during their election in May. He will begin his three-year term in January 2021.

Founded in 1984, SITC looks to make cancer immunotherapy a standard of care, striving to improve patient care outcomes by advancing the science and application behind this treatment. Immunotherapy harnesses the body’s own immune system to strengthen it or alter cells to target and attack cancer.

Odunsi highlighted his deep passion for advancing immunotherapy research in his platform statement. “My vision is that the SITC becomes a major voice for communicating and advocating for cancer immunology research and treatment, and for the resources that would further propel the immunology revolution to its ultimate destination of changing cancer from a terrifying disease to that of a curable disease,” he wrote.

On staff at Roswell Park since 2001, Odunsi has authored and co-authored more than 350 journal publications and book chapters. A fellow of both the Royal College of Obstetricians and Gynaecologists in the United Kingdom and the American College of Obstetricians and Gynecologists, he holds lifetime membership in the National Academy of Medicine, one of the highest honors in medicine.