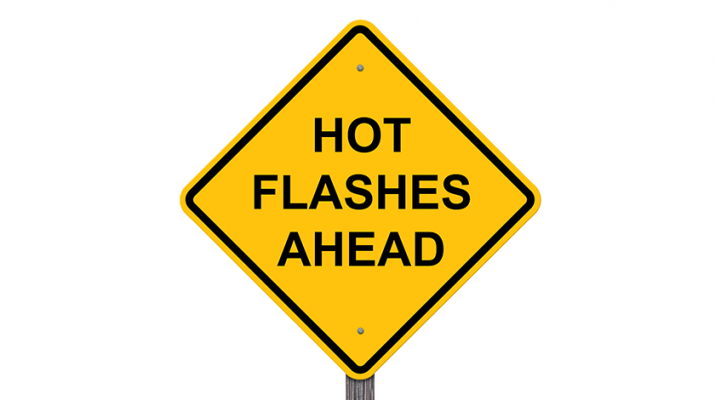 Chances are, if you’re a peri-menopausal woman, you experience hot flashes as one of the 75 percent of American women who do, according to the North American Menopause Society.

“Some hot flashes are easily tolerated, others are annoying or embarrassing and others can be debilitating,” the organization’s website states.

Women should discuss with their doctors all medication that has been shown to reduce hot flashes — including hormone replacement therapy. Concerns about hormone replacement therapy have been overblown, according to physician Vanessa M. Barnabei, president of UBMD Obstetrics-Gynecology and professor and chairwoman of the Department of Obstetrics and Gynecology, Jacobs School of Medicine and Biomedical Sciences, University at Buffalo.

“For most women, it’s quite safe and the best treatment,” she said. “The North American Menopause Society adjusted their viewpoint on hormone therapy. Younger women get the most benefit.”

Women should also look at environmental changes that can improve matters. Managing stress, layering clothing — instead of wearing one heavy layer — and avoiding other triggers as they become evident can help women keep their cool.

Though exercising heats the body, it also decreases stress levels. So working out by swimming or in another cool environment can help women beat hot flashes. Exercise such as hot yoga, for example, would exacerbate the problem. But snowshoeing while wearing layers of clothing would provide a means of cooler exercise.

Keeping the bedroom cooler at night, wearing light, moisture wicking clothing to bed — made from fabric such as silk or “performance” materials often used in athletic clothing — and layering bed coverings can help prevent discomfort at night.

Barnabei said that as long as they’re not contraindicated because of other health issues, women should feel free to try alternative modalities if they want, though she added that little medical literature offers scientific evidence that they help.

“Yin is everything that is relatively cool, moist and thick or heavy,” she continued. “Yang is what seems warm, drier, and lighter. As women get older, yin starts declining and we start to see more heat and dryness, and less moisture and coolness.”

In Chinese medicine, acupuncture, diet and Chinese herbs help smooth this decline in yin for women in menopause.

She also recommends dietary changes, such as eschewing “hot” foods, which include alcohol, wine, and coffee — even decaffeinated coffee. It’s not necessarily the literal temperature of these beverages, but the effect they have on the body, she said.

Instead, Pardee suggests to clients to drink half their body weight in ounces throughout the day and to replace “hot” drinks with beverages such as sparkling water, for example.