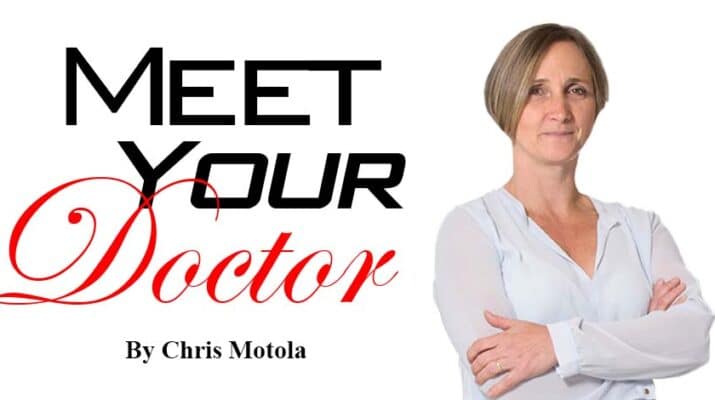 Better treatments for those diagnosed with Alzheimer’s are on the horizon, says founding director of the UB Alzheimer’s Disease and Memory Disorders Center

Q: Can you describe your role at the University at Buffalo’s Alzheimer’s Disease and Memory Disorders Center?

A: I’m a professor of neurology at the Jacobs School of Medicine and a biomedical scientist. I’m the founding director of the Alzheimer’s Disease and Memory Disorders Center. We just received a Center of Excellence nomination from the New York State Department of Health to promote the public health mission of early diagnosis and evidence-based treatment of patients with Alzheimer’s.

Q: Alzheimer’s disease seems to be very stubborn when it comes to finding effective treatments. Have we made any recent progressive toward stopping or curing it?

A: You might have heard about a new drug that was approved last spring that got a lot of publicity, Aduhelm. That was thought to be a very big breakthrough in Alzheimer’s, but unfortunately it didn’t pan out and the approval was a bit premature. Because the clinical trials were really not completed, the data was not interpretable. There just was not enough evidence of efficacy and there were significant side effects. So it was too risky for the unproven benefit. If there’s no clear benefit, it’s really hard to interpret the risk-benefit ratio. This was a very sad moment because there was a lot of hype about it, and then it just fell through the cracks. We do have medications that are shown to slow disease progression that have been available for the last 10 to 15 years.

Q: What’s an example of a drug we use to slow the progression of Alzheimer’s?

The other class of medication has been shown in moderate-to-severe stage dementia to help maintain basic functions like feeding yourself, clothing yourself, being able to use the toilet. These are the issues that tend to lead to caregiver burnout. So if you can delay these problems in the course of the disease, the less time the caregiver has to deal with these issues.

There is still a lot of progress in the field, in the basic science. Different mechanisms are being explored. There are a lot of drugs that are good candidates for Alzheimer’s. The bottleneck is drug development, because what works in mice may or may not work in men. And then we are trying to take the medicines that worked in mice in a human model. We have probably hundreds of drugs that could work, but they have to go through rigorous testing, which is in progress. There are a lot of ongoing trials that can be found on clinicaltrials.gov. It tells people where people can volunteer for the trial if they’re a good fit.

People ask how the trials are going, and we won’t know — it’s randomized, it’s double-blind — until they’re finished, the data is logged, and they un-blind. There will be some interesting read-outs toward the end of the year. There’s a lot of excitement, but hopefully we’ll find something is just working out of the blue one day soon.

A: Dementia is an umbrella term. All it means is that someone can’t perform at the level they used to. A loss of function, essentially. So you’re not as sharp and independent as you used to be. What’s causing that dementia are different specific diseases, one of which is Alzheimer’s. Now that we know all of these pathologies we can detect them, because many times they start years and years earlier before the symptoms. And there’s also an early stage where symptoms are detectable but they’re not clearly demented. But Alzheimer’s presents along a spectrum, from pre-symptomatic through Alzheimer’s dementia.

Q: What are the risk factors?

A: What we know from twin studies — if it’s genetic, it will show up in both twins, if it’s environmental it may only show up in one — overall, it’s about 70% from the genes and about 30% from the environment. There are some people for whom it’s 100% genetic; this is usually the early-onset Alzheimer’s due to a mutation in the gene. And there are people who get it mainly due to environmental factors because they have a lot of vascular risk factors, they may have untreated sleep apnea. But it’s a different risk assessment for each patient. The environmental risk factors are modifiable, so when people come into the office with hearing loss, which is a risk factor for dementia, we recommend they get a hearing aid, which makes the risk go away. Hearing stimulates the brain cells and makes them communicate better.

Q: So on some level it’s a matter of the brain lacking stimulation?

A: It’s not that lack of stimulation causes Alzheimer’s, it’s that it makes the person deteriorate faster. So the cause itself is biochemical, but lack of stimulation accelerates it. It’s a matter of resilience, which we can build up. We can also treat the vascular risk factors. So even if you get it, it won’t progress as fast.

Q: For early intervention, what age range are we generally talking about?

A: It’s preventive medicine, so it should start when you’re born. We know that brain resilience is related to education. The more you use your brain, the more reserve you have. We know that, by the time you start to have memory problems, you already had the problem going on in your brain for probably about 20 years. Risk factors between ages 30 to 50 are mainly vascular, so you have to treat your high blood pressure, your diabetes. You shouldn’t smoke, you should exercise, you should eat well. You should use your brain, use your muscles. Controlling these risk factors usually means if you’re going to get Alzheimer’s, you’re going to get it later.

Q: How did you become interested in this field?

A: Research drove me toward an interest in Alzheimer’s. I was very interested in neural degeneration and genetics. Alzheimer’s is at the intersection of these two things, so this got me interested in the disease itself. And of course it grows on you. The patients are wonderful. The caregivers are wonderful. It’s a chronic condition. There’s so much you do to support the families. It has its challenges and sad moments, but it’s a very rewarding field.