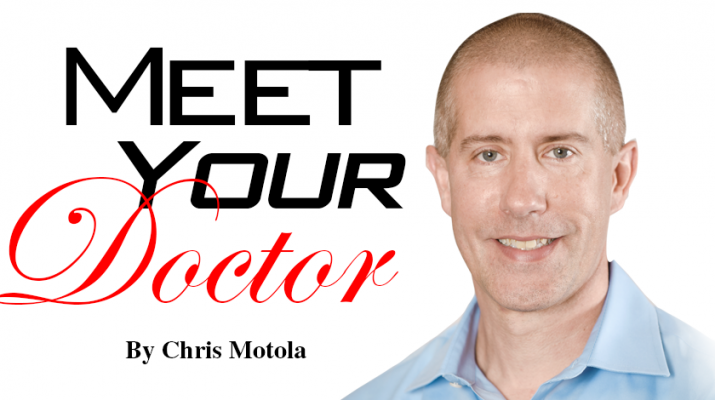 Features Meet Your Doctor Top Features
May 28, 2017
Posted By: admin 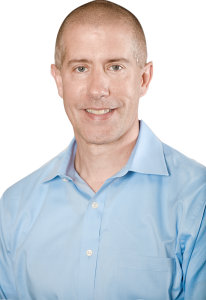 A: I wear about four hats: for ECMC, I am the associate medical director for behavioral health. I oversee really all of the service line for behavioral health, which is about half the hospital. I am the vice chair of psychiatry for the University of Buffalo. There, I oversee a lot of day-to-day operations as well as a large portion of what UB psyche is doing. Then I am the medical director for NYSTART, which is a nationally-based program for mobile care delivery to individuals with developmental disability. [In] the last one, which is probably my real full-time job, [I work] as medical director at something called APIC (Access to Psychiatry Through Intermediate Care). That kind of dovetails with START. It’s a mobile psychiatric case-management program that serves patients-high at-risk individuals-with autism and developmental disability. For that we drive across the state and travel around the country doing consults for high-end, complex cases.

Q: One of the persistent challenges with mental health seems to be the social ramifications and baggage. If you’re a cancer patient, you probably don’t need to worry about being arrested any more than the average person. How do you deal with the social components from a medical perspective?

A: I’d argue that every medical condition has a social component. Behavioral is interesting because everyone thinks they know about it because we use common words to describe things. If someone’s at the store and starts having chest pains, they don’t say “I think I’m having a myocardial infarction” — they say, “My chest hurts.” But people hear someone has depression and they think, because they’ve felt depressed at times, that they understand what major depression is, which is every bit as much a diagnosed, medical condition and term as anything else. If you miss work because you blow out your ACL, everyone gets that. If you miss it because you’re depressed, people view it as a sign of weakness, even though that’s untrue. If you took all the disability in the country and added it up — in financial terms or lost work days — major depression alone causes more disability than heart disease and cancer combined, and it’s not even the most common psychiatric diagnosis. So, part of it is raising awareness. A lot of it is getting people to accept it themselves so that they’re willing to get help. And a lot of it is offering community-based treatment. We don’t want anyone in the hospital if we can help it. You should be there if you need to be, not because you weren’t able to get care. So, a lot of what we do is lifestyle-based. For our developmental disability team, a lot of times we treat family stress more than we treat the kids with severe autism. Helping the family reduce their stress — whether it’s financial or social — will have a greater impact on the child with autism than giving them medication for instance.

Q: You also deal with addiction services. Opioid addiction is making a lot of headlines lately. Does your work touch on that issue?

A: Absolutely. I oversee, from a pretty high-level, three outpatient programs for chemical dependency at ECMC. We also have an inpatient detox facility and an inpatient rehab center. Our comprehensive psychiatric emergency program [CPEP] is one of 22 in the state, and is the busiest one in New York state as far as emergency rooms for psychiatric conditions go. We see tons of chemically dependent folks. There’s also a big overlap in the psychiatric world. If you have bipolar disorder or schizophrenia and alcoholism or some other addiction, they tend to overlap and feed each other, so we see a lot of that. But, yes, opioid addiction is an epidemic. It’s unreal how much this is happening. Though I’d be remiss to say that the rate of autism is growing at a similar rate, but we’re not talking about that as much.

Q: Do we have any idea what’s causing the increase in autism yet?

A: It’s probably a lot of things. Like, if we look at cancer, there are many different factors. There’s definitely a genetic piece to it, but there’s probably an environmental piece that we don’t fully understand. I say this very cautiously because there’s no evidence that vaccines cause autism, but there could be a very, very small subgroup where it could be a factor. Some of the initial increase is probably associated with diagnosis and our looking more carefully. But when it started, it was around 1 in 1,000 kids. Now it’s 1 in 68, and there’s no way that’s just from our looking harder. There’s a lot of research going into it, but the short answer is no one has any idea at the moment.

Q: What are the advantages of early detection for autism?

A: Cancer costs the country about $90 billion a year. Autism costs the country between $120 billion and $250 billion a year. In Scandinavian studies, there’s some indication that early detection can cut that cost by half to two-thirds. And early detection is a simple, 22-question checklist that you can do in a pediatric office. Only about a quarter of them do it, though. So, you have all these developmental milestones: language, coordination, sensory issues. A lot of those issues, if they can’t be completely righted, we can maximize their potential. But you have to do it during those developmental windows. Can you still learn to speak when you’re older? Yes, but not with the same ability. Also, a lot of autism symptoms mimic other psychiatric conditions, so the children may be getting medication they don’t need and experiencing side effects, so they miss the opportunity to be getting the right treatment and education. They’re also more likely to need expensive hospitalization if the problems become too difficult for the family to manage.

Q: When it comes to adults, how does one convince a loved one or even oneself, that they need medical help if they have a major illness like schizophrenia?

A: It’s really difficult in the beginning. Early identification, again, matters. Bipolar disorder accounts for around 1-3 percent of the population. Schizophrenia for around 1 percent. In both those conditions early diagnosis and aggressive treatment can alter the long-term prospects for those patients. Each decompensation [episode] predisposes them to more frequent and severe episodes later on. So, the best way to do that is public awareness, training in schools, training primary care. If a psychiatrist is the first one diagnosing you, you got into a bad enough situation to see a psychiatrist. But chronic mental illnesses aren’t that unlike conditions like diabetes. You could have your glucose under control enough to be a pilot or athlete, or it be so uncontrolled that you need both feet amputated. They might warn their friends that, if they start acting strange, it might be because their blood sugar is low and they need to drink some juice. People with chronic mental illness need the same support. The insidious thing is, if they start decompensating, their judgment may get to the point where they don’t think they need their medication. It’s a positive feedback loop that can end in the emergency room.

Q: What difficulties do you see with medication compliance?

A: A lot of the meds we give folks don’t really make them feel well. Unfortunately, a lot of people get the attitude of “why don’t these people just take their meds so they’ll be OK?” I do a lot of training with police, and a lot of the time they’ll say that. So, I’ll look around the room, which has a lot of older cops, and ask, “Who here is on blood pressure medication?” Eighty hands go up. “How many of you take your medication the way you’re supposed to?” Twenty hands stay up. And blood pressure medication doesn’t really have too many side effects.

Q: How do you facilitate a social support system that your patients need? You obviously can’t be there all the time.

A: This is what my APIC time does. When we started, I thought we were going to be going around writing meds for kids who couldn’t go to the offices. Of the 550 cases we’ve seen in the last two years, I’ve probably written meds for 100 of them. There are two kinds of supports: the structured, professional ones. Then there’s what we call natural supports. Those are family, community, friends. You want to identify as many of those as you can. Individuals are more likely to trust them and they’ll be there once the time-limited care we provide is up.