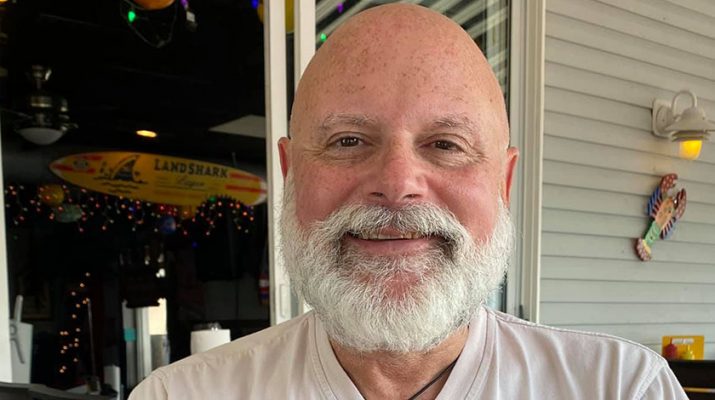 Executive director of GLYS WNY discusses LGBTQ+ issues and the organization’s mission; says he hopes nonprofit would be out of business

When you see the acronym LGBTQ+, do you wonder what the initials mean and why the term has evolved over the years?

It’s a common question and one that is addressed through education and organizations like Buffalo-based GLYS WNY (Growing LGBTQ+ Youth Support Western New York) that address community training and awareness. That education includes learning important terms like what the acronym means: lesbian, gay, bisexual, transgender, queer; plus is a symbol that represents members of the community who identify with a sexual orientation or gender identity that isn’t included within the acronym.

A product of the Williamsville school system and graduate of the University at Buffalo, Robert DiGangi Roush, Ph.D., is the executive director of GLYS WNY.

Q. How long has GLYS been in existence and who do you serve?
A. For the last 38 years, GLYS WNY has made it our mission to support LGBTQ+ youth and offer that community training. Our program serves youngsters from 5 to 21 years of age. GLYS is two generations old; our goal is to build affirming cultures for youth of all sexual orientations, gender identities, and gender expressions.

Q. How does GLYS specifically help youth?
A. Our advocacy efforts include services to families and to schools. Even elementary and middle schools are recognizing gender issues. We have 74 gender sexuality alliances (GSA) through Western New York, which includes training for faculty and staff and restorative practices. We can often be called when there is a bullying situation. We’ve had kids told that they are going to hell because they are gay. We will go in, sit with students, talk with the parents, and with the school administrators. We offer assistance to families and districts throughout the GSA areas. Additionally, we just hired a social worker to provide more mental health services, and linkages to care for transgender youth.

Q.  The terms and the “alphabet soup” can be confusing to people. For instance, what’s the difference between gender identity and gender expression?
A.  Gender expression refers to a person’s behaviors, likes, appearance associated with a particular gender or non-binary identity. Gender expression is how you choose to express your gender identity through your name, pronouns, clothing, hair style, behavior, voice or body features. Gender identity may be the same as the sex you were assigned at birth (cisgender) or not (transgender). Gender queer, as I identify, is sometimes feminine, sometimes masculine.

Q. What was it like for you when you were a child?
A. I loved Barbie Dolls. I remember how an adult saw me with a doll and grabbed it out of my hand. He said that boys don’t play with dolls. Now, research at the Mayo Clinic indicates that youth have a firm idea of how they identify by ages 2 to 4.

Q. How is the LGBTQ+ resistance expressed nowadays? What about conversion therapy, a discredited practice of trying to change someone’s sexual orientation or gender identity?
A. Many of us were born at a time when being gay was considered a mental issue and shock therapy was considered a good treatment. Some states, even today, still allow conversion therapy. The rationale used for conversion therapy is often attributed to religious and cultural arguments. It is, however, illegal in New York and many other states.

Things have changed, though, even terms like “queer,” which used to be viewed as derogatory. We have re-adopted that term. On the other hand, “fag” is a triggering term, similar to the N-word.

Now we know that we cannot always change minds and beliefs, but we can show love and support for these young people. Success for these kids is more likely when they stay in a family situation, rather than when they are placed in foster care settings. We try to introduce a broader way of looking at things. Some people get angry and rebel against it, while others are very receptive. You get more cooperation with honey than vinegar.

Q. Are you optimistic about the future? Are we evolving in acceptance?
A.  I think there is good evidence of that. And it is not just in LGBTQ+ acceptance — it is an issue for our entire society and how we view gender. When I was born, there were not more than one to two female doctors, now you see a definite shift. Many medical schools have more women than men in their programs. All top positions used to be held by men, but today we are seeing identity and gender expressions very differently and more women in positions of influence and authority.

Our hope at GLYS is the same as many other nonprofits: to go out of business. Realistically it is two steps forward and one step back, though. We will keep moving forward; even in a pandemic, we were able to engage with youth using virtual drop-in centers and make the community aware that we can be of help.