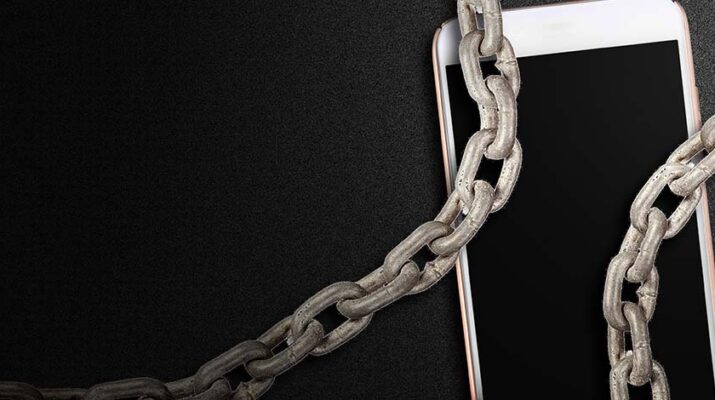 What was I even looking for?

Why did I crave that little red notification and feel empty when I didn’t see it?

In no way did it cure my boredom, it even exacerbated it. My creativity felt nonexistent, pushed aside for something easier to distract myself with.

This was me one month and 14 days ago when I recognized the mindless habitual bond I’d developed with my Facebook. I knew it was time for a digital detox — at least a modified version of it.

Let’s face it. I depend on it. I can’t quit all my social media at once.

I started my cleanse with Facebook. Just deleting the app helped me rewire that habit of clicking for no reason. Its absence gave my mind pause long enough to make a different choice.

The average adult checks their phone 80 times a day. A recent study published by the World Psychiatric Association found that the impact of social media on our brains most closely resembles “age-related cognitive decline.” It causes problems with memory, language, thinking and judgment. The result, over time, “is neurological damage.”

It’s imperative that we participate in a digital detox every now and then. Digital detox is when a person refrains from using electronic devices such as smartphones or computers, in order to reduce stress or improve focus and social interaction in the physical world.

Adam Kowalyk of Buffalo puts himself through a digital cleanse every four months. Each break usually lasts at least one month.

Kowalyk studied smartphone addiction as part of a research project for SUNY Empire State College. After completing that study, he is especially in tune with consciously using his device. He participates in these online cleanses “for grounding and self-reflection.”

“We’re constantly looking at other things, other people, and other situations other than our own lives, and for a lot of people that can become an escape from their own reality,” he said.

He makes sure to evaluate himself and choose more productive things to replace his social media time.

This mindfulness allowed him to make healthy lifestyle changes overall. It started with a weight loss journey about seven years ago.

“I needed to take my life back… I tried to find everything I could do to create daily habits. I noticed that first thing in the morning, I would just sit there on social media. So instead of that, I got my dogs, and we would go start taking a walk in the morning,” Kowalyk said.

With these digital cleanses, his mental, emotional and physical health greatly improved, he said.

He found that rewiring the brain this way has a profound and unexpected impact in daily life.

We are losing human connection, but we’ve never been more connected. It’s changing how we relate to one another as a society.

Kowalyk also decided to practice mindful social media use, or detox altogether, because he was worried about the consumption of media in general, and the loss of human connection it creates.

“It’s so awesome to just sit and hold my girlfriend’s hand while we’re just talking, instead of her or me being on our phones and not having any conversation… People aren’t talking. People aren’t enjoying life… They’re not learning how to have good conversations properly,” he said.

Social media connections dehumanize us in many ways. We don’t have that face-to-face time as much as we used to. Kowalyk also worries that we forget to take time to do proper research and form our own opinions about the things we read online.

Alex Reid, Ph.D., director of the University at Buffalo’s department of media studies, said “We now get information through our phones in a way we didn’t before. We’re processing information differently, at a different speed, through different media, coming from different places.”

Reid studies the way emerging technologies change the way that we communicate with each other.

“Phones are designed to structure our attention in particular ways that claim to be of interest to us but are surely of interest to the designers and sellers of phones and apps. So, we’re always having to balance competing interests in our own hands, in our lives, in a way that we didn’t have to before,” Reid added.

“There are so many things that are within reach for us because they’re right there on our phones. That’s almost overwhelming. It can be anxiety inducing… We don’t know how to live with these devices. We’re learning how to live in this new world that we don’t quite know how to do yet,” Reid said.

One study published by the National Library of Medicine indicated that even just occasional users of social media are almost three times less likely to be depressed than heavy users. Another study published in the Journal of Social and Clinical Psychology found that people who limited social media use to half an hour a day have lower depression and anxiety symptoms and significant improvement in overall well-being. Those who limited their use also showed reductions in loneliness and depression over a three-week period compared to a control group.

Like Kowalyk, I too plan on staying off my Facebook. My mind feels clearer. I’m less agitated. I still can’t shake the occasional urge to post a status update when I’m bored or looking for some external validation about something.

The research is ongoing. Digital detox is a relatively new trend.

Clearly, though, it has its benefits. It can reduce anxiety and depression and improve focus and mood. Delete the apps.

Reconnect with your surroundings. This is a trend worth trying.