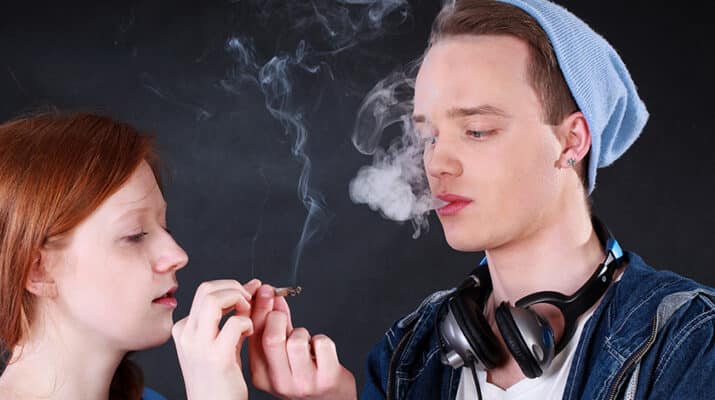 Since New York’s legalization of recreational marijuana use, some young people assume that “legal” equals “safe” or “healthful.” This is incorrect.

“Outside of its being addictive, marijuana use may have effects on brain development,” said Vanita Jamison, director of community-based programming with The Prevention Council of Erie County. “We know that the adolescent brain does not fully develop until the age of 25. According to the Centers for Disease Control and Prevention in 2019, four in 10 high school students reported using marijuana in their lifetime.”

In higher doses, frequent marijuana use can cause a variety of short-term and life-long health problems. Although the teen years are about pushing boundaries and experimentation, trying marijuana just one time is not a good idea.

It is not legal for anyone younger than 21. Marijuana purchased as street drugs may contain fentanyl, responsible for numerous overdoses, or other harmful substances. Teens would likely turn down sushi handed to them by a sketchy looking stranger on a street corner, but would feel willing to try marijuana from an unknown source because a friend hands it to them.

Some adults tell teens that it’s OK to experiment with marijuana vape pens since they used hookahs as teens. However, “the marijuana today is not like what was used 20 to 30 years ago,” Jamison said.

The level of THC varies among sources. For example, the vape devices used for marijuana could offer 70% to 80% THC, versus street marijuana, which could be 12%.

“Physically we look at how marijuana affects the lungs and how it harms lung tissue and damages the small blood vessels,” Jamison said. “It can make the heart beat rapidly and increase the risk of stroke and heart disease.

She also views marijuana as a gateway to black market drugs.

Most people know about marijuana’s hallucinogenic effects. They may not realize that marijuana use can cause long-term changes to the brain.

“It is not recommended, especially for the adolescent brain,” said Erin Parr. She holds master of arts in counseling and psychology and is a New York state credentialed alcoholism and substance abuse counselor and clinical supervisor for the in-patient and out-patient programs at Horizon Health Services, Inc., which provides services throughout Western New York.

While low-dose marijuana can be prescribed for therapeutic use, taking it at higher levels or without the guidance of a healthcare professional invites disastrous results. Parr said that the “final push” for brain development occurs between the ages of 12 and 24. Flooding the brain with marijuana during that time may permanently disrupt brain maturation.

“We see a variety of harms with regular use of high potency cannabis use,” Parr said. “There are significant risks for the developing brain. It’s very important for parents, coaches and teachers to know about these harms.”

The effects are user-specific, but can be worse for users younger than 15, who have an 11-times greater risk of developing schizophrenia, a chronic lifelong brain disease. Young users can also experience an increased risk of psychotic illness in their 20s. Youth of any age with a first-degree relative with bipolar disorder, anxiety or depression have a much greater risk for developing these with marijuana use. Other raised risks include lifelong lower emotional function, lower cognitive processing, reduced language development, attention deficits and IQ drop of up to eight points.

“You don’t get a do-over with brain development,” Parr said. “It needs to last your whole life. We need young people to not disrupt this critical period of brain development. There is no safe amount of cannabis to consume during pregnant.”

While most of the youth who try marijuana will not develop a substance use disorder or psychosis, the devastating effects for those who do makes it not worth trying.

Parr encourages parents to talk with their children about marijuana risks and to avoid glorifying their own youthful drug experimentation. Instead, answer any questions honestly and warn teens that the marijuana of a generation ago was far different.

“Anytime a parent is directive or instructive, it’s natural for teens to dig in their heels,” Parr said. “We want parents to provide good information. We want them to know the potential risks and benefits. I encourage parents to ask them what’s interesting about it, have they experimented with it, do they know it has these effects? Usually, a young person can say they know a friend who started using it and seem to have some strange experiences. Most have no idea that cannabis is a modifiable risk factor for psychosis.”

Setting boundaries with clear consequences can help teens feel secure that you care about their health and safety. Both parents should agree on their stance on drug use and share their agreement with their children.

Involve your children in activities they enjoy that build a healthy self-image. Help them seek treatment for any mental health issues so they are less likely to try self-medicating with marijuana. Know your children’s friends and where they are after school and in the evening.

“Maintaining a relationship with your children is key,” Parr said. “It’s hard to make a positive difference if your young person does not want to engage with you. If cannabis use is affecting school performance, financial stuff happening, and brain development, let professionals have that conversation with your adolescent. They can do the substance abuse counseling so the parent can be the parent.”