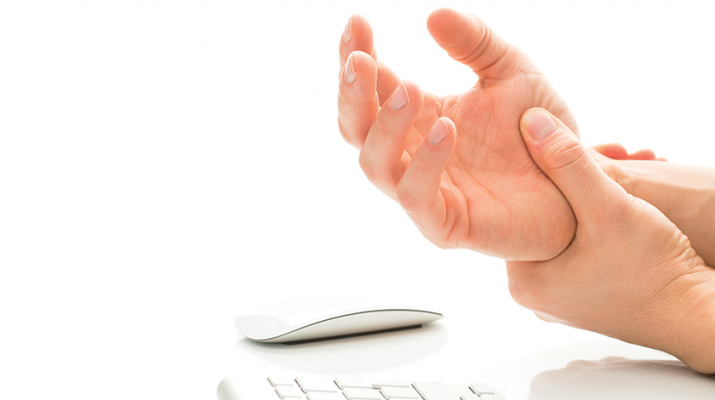 Surely most people have experienced some pressure in their hands or wrists, be it from a long stint at a keyboard, a marathon video-gaming session or a more strenuous activity, such as practicing a sport or performing manual labor.

It’s usually a fleeting discomfort — a reminder that it’s time to break and give our hands a rest. But for millions of Americans, that pressure and pain is a far worse beast. According to the Centers for Disease Control and Prevention, as of 2010, more than 3 percent of adults between 18 and 64 years old — about 500,000 people — had carpal tunnel syndrome within the past 12 months. In severe cases, the condition can cause permanent numbness, tingling or other discomfort in one’s wrists and hands.

And the problem may be growing worse.

Owen Moy, a hand surgeon at Excelsior Orthopaedics and clinical professor at the University at Buffalo, says that the increasing prevalence of smart phones, mobile games and computers could lead to higher rates of carpal tunnel syndrome.

“I don’t know if they already have started to increase, but it is a legitimate concern,” Moy said.

However, Moy added that there is no typical case for carpal tunnel syndrome. Anything that causes sustained pressure on one’s hands — video games, sports, texting, typing or even use of heavy equipment — can put one at risk of the condition.

“I don’t think there is anything that stands out more so than the other. Any activity that requires repetitive motions will lend themselves to carpal tunnel,” Moy said.

“Any break is a good break,” he said.

If one is already experiencing discomfort and numbness, and short breaks are not sufficient, Moy recommends performing a series of stretches before, after and during repetitive tasks. These can help reduce inflammation of tendons in the carpal tunnel — a narrow passageway in the wrist through which the median nerve passes — which causes the condition.

“It’s a question of warming up and warming down. … I call it yoga for your hands,” Moy said. “You just stretch out before you do the activity that you know is probably going to give you some problems.”

If the condition persists, one could try using a cold compress or a splint — but only if the splint keeps the hand at a “neutral” position that is in line with the wrist. Anti-inflammatory medications, such as ibuprofen, can also temporarily help alleviate discomfort.

Ergonomic keyboards — a split, raised keyboard that is touted as providing a more natural typing motion — can also be useful.

““Ergonomic keyboards can be very helpful, but the key is controlling the frequency and duration of the activities that’s provoking the symptoms,” Moy said.

Should the symptoms become more frequent, severe or constant, it’s time to see a physician. Moy says that he takes a laddered approach with his patients, prescribing the aforementioned treatments for mild to moderate cases, and surgery for the most severe.

In recent years, surgeons have moved toward endoscopic surgery in which a smaller incision is made and the recovery times are shorter.

Of course, surgery is something we’d all like to avoid, regardless of recovery times. To that end, Moy offers two key points to avoid severe symptoms of carpal tunnel syndrome.

“The first is moderation. Try to decrease the duration and frequency of those repetitive activities as best one can,” he said. “The second part is, listen to your hands. If your hands are telling you that I’m developing some tingling here and it’s because of this one particular activity, maybe you should listen to your hands and back off a little bit and rest.”