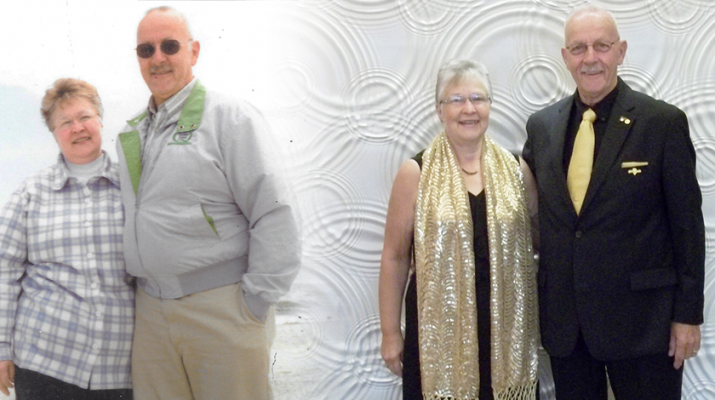 All her life, Judy Culbertson, 73, of Dansville, has battled with her weight. Though she’s currently reached her weight loss goal, she still works to maintain it.

That’s part of the reason she’s the Western New York area coordinator for Taking Off Pounds Sensibly (TOPS) — she wants to keep the pounds off and wants to help others lose weight.

With 1,000 group members located from Rochester to Buffalo, Culbertson’s region has many reasons to emulate her, but perhaps her persistence should be the biggest reason.

Culbertson said that since she was about 10, she has had a weight problem.

“I come from a family of addictive personalities,” Culbertson said. “Dad was an alcoholic. My mother was always overweight — nearly 300 pounds at one point. I grew up with people who were battling something. My sister was on anti-depressants and drank.”

“A lot of people eat for emotional reasons,” she said. “It seems to me that we treat it like a friend, like it’s always there for us. It’s not.”

Eventually, her weight had crept up to 200 pounds. At 5 feet, four inches, she was obese according to the Centers for Disease Control and Prevention (CDC) guidelines. At 200 pounds, she had hit the number she promised herself she would never let herself surpass. She joined groups including Weight Watchers and Jenny Craig. While she lost weight, she felt she could justify paying the dues to continue with these groups, unlike when her weight loss hit occasional plateaus. For 30 years of her adult life, her weight fluctuated.

Culbertson joined TOPS in 2002, just after she had retired from her role as food service director at Nicholas H. Noyes Memorial Hospital. With more time available, she could really focus on her weight loss goals.

TOPS’ rates — averaging well under $5 a month — helped Culbertson stick with it. For once, she kept weight off once she lost it, except for only minor setbacks. For Culbertson, TOPS helped her build a support system and surround herself with people who would keep her accountable, yet not judge her harshly. Eventually, she rose in the ranks of leadership within the organization, along with her husband, Harold, who’s a group leader under her.

“We have really good educational programs and talk about exercise, nutrition and anything to improve health,” Culbertson said. “There are people there who are at all points of their journey.”

She believes that the supportive atmosphere helps people open up about why they have gained weight so others can share tips and offer emotional support.

“It gives you what you need to keep going,” Culbertson added.

She also likes that TOPS stays realistic about weight loss goals. She felt that the goal she had at other groups was too low. She had not weighed that little since she was 13 years old.

Before TOPS, she had managed to reduce to 150 pounds by walking three miles and eating 1,200 calories daily; however, she could not lose more to arrive at her desired goal.

“I felt like a failure,” she said. “Eventually, I quit. In TOPS, the goal you have is a number that you and your doctor agree on.”

Though she’s not obese anymore, she is still considered 15 pounds overweight according to CDC standards. But she is 50 pounds lighter than her heaviest weight and has kept that weight off for many years. Culbertson thinks that losing 50 pounds has helped her avoid many of the health issues that befell her mother: glaucoma, arthritis, diabetes and more.

“If I hadn’t lost that weight, I’d probably have to have knee replacements by now,” Culbertson said.

Instead, she can lead an active life, attending Silver Sneakers events, exercise classes and joining friends and family for outings. Culbertson said that she’s happy she and her husband, Harold, could watch her grandchildren grow up and enjoy knowing her great-grandchildren.

She encourages anyone interested in losing weight to sit in on a complementary TOPS meeting.

“You will find people who are likeminded and in the same boat you’re in, who’ve felt the same way you do,” Culbertson said. “They might have felt hopeless. AT TOPS, you get hope back again. TOPS helps us believe in ourselves and believe we can accomplish the weight loss we need with the support of our friends. You still have to do the work and have a plan but we help people form their plan.”

She added that TOPS encourages participants to start slowly, making gradual changes in their lifestyle until it becomes a healthy one.