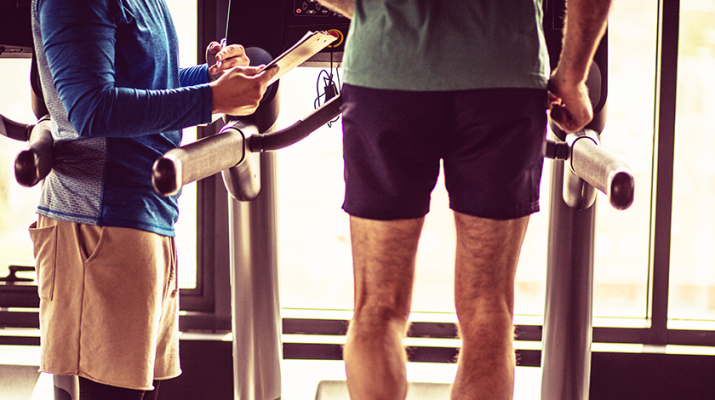 Exercise after recovery from a heart attack may improve long-term survival rates, according to several sources.

The American Heart Association says that exercise for those who have recovered from heart attack can help them reduce their risk of a second incident shortly after the first.

It may seem counter-intuitive to exercise a recovering heart; however, a Swedish study of 22,227 heart attack patients recently published by the American Heart Association indicates that exercise is helpful. Researchers asked participants about their activity level six to 10 weeks after their heart attack, and about a year later.

The follow-up with these patients indicated those who said they were “constantly active” experienced a 71 percent lower risk of death in the two to four years after their heart attack compared with the inactive group. But even those with more moderate exercise regimens during that period experienced a 44 percent decrease risk of a second heart attack.

It’s clear that any amount of exercise is beneficial to heart attack survivors, but more regular exercise offers the greatest reduction in subsequent heart attack risk. Recovery all starts with following the cardiologist’s plan.

“The benefits of exercise are many, but in survivors of heart attacks, the benefits are life-saving,” said physician Chee H. Kim, who is boardcertified in cardiovascular disease and clinical cardio electrophysiology. In addition to his duties at Great Lakes Cardiovascular, he is the director of the electrophysiology laboratory at ECMC.

Kim explained that after a heart attack, higher levels of a stress hormone, adrenaline, circulate. The long-term effects of high adrenaline levels circulating make the heart weaker and more susceptible to dangerous, irregular heart rhythms that could lead to sudden death.

Occasionally, a patient doesn’t think that following up with a physician is important; however, Young said that those who ignore their follow-up may find themselves re-admitted to the hospital with another heart attack.

Cardiac patients must not jump right back into exercise. To exercise safely, they must obtain a release from a primary care physician or cardiologist to engage in cardiac rehabilitation and complete the program successfully before exercising on their own.

“What we do after a heart attack is so important,” Young said. “Some patients are very frightened and anxious about exercise. It helps them knowing someone is watching helps them stay safe.”

In time, exercise time increases until patients work out 30 to 50 minutes including a warm-up and cool-down time each session and they engage in three sessions weekly.

Once they’ve completed cardio rehab, many patients wonder what to do next. Young said that depends upon their condition, background and age. For many patients, walking provides a good source of exercise, along with light weights.

They should also stay within the parameters of their cardiologist or doctor.

“Exercise after a heart attack is strongly encouraged,” Young said. “The doctor must clear them for an exercise program and they must work with someone who has knowledge on cardio events. It’s important to exercise, starting with walking initially, under the supervision of a physician.”