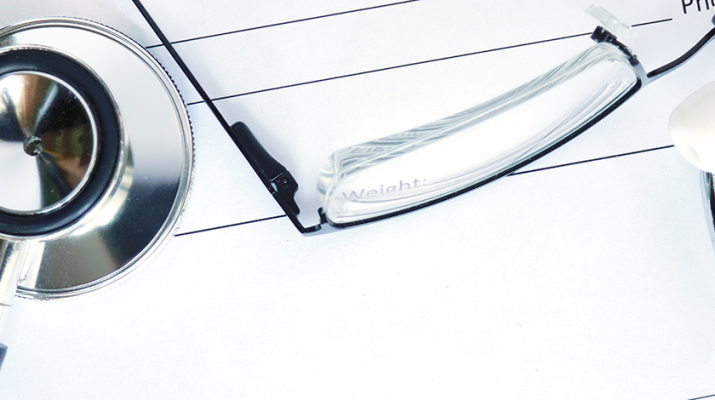 Shortly after the birth of my daughter, I recall feeling pure exhaustion. It was like none that I have felt before. My body was aching and burning with pain, with no apparent reason. I felt as though my nerves were on fire.

Before long, I was turning down family outings, due to my being too tired and riddled with pain to push past. What’s more, I was dealing with restless leg syndrome. At first, I thought I might be experiencing postpartum depression for the first time, and I was treated as such. However, I didn’t improve. I was pleading with my husband and my doctors for help; needing them to understand exactly what I was going through.

I then sought help from my OB-GYN Donna Feldman of Women’s Medicine of Niagara. Upon a thorough examination and review of my symptoms, Feldman concluded that I had fibromyalgia.

I had never heard the name before. Not wanting to overstep my family doctor, she recommended that I share her findings with my family doctor who could do his own exam to confirm the diagnosis or offer an alternative.

Physician Todd Orszulak Jr. with TMO Medical in Niagara Falls, quickly concurred with Feldman, immediately following his own check up. He gave me a booklet to read, providing all of the symptoms of fibromyalgia, and informed me that it is treatable. I skimmed through the pamphlet, which listed every ailment I was suffering from. I practically fell into his arms. At last, I was being heard, my cry for help, validated.

Fibromyalgia is an illness with chronic pain all over your body. It affects the nervous system, causing pain and tenderness to several points of the body. This autoimmune disease induces muscle tension, stress, limited activity, fatigue, sometimes depression, muscle stiffness, restless leg syndrome, and widespread pain.

There was a name for my symptoms. I was instantly put on medication, which helped to relieve many of my symptoms. Among other things, exercise, supplements and massages have been found to reduce, or alleviate symptoms.

Fortunately, I have good doctors who were schooled on fibromyalgia, both in recognizing it, and in how to treat it.

The top misconception about the disease, is that it isn’t a real medical problem — or “it’s all in your head.” It’s not. People who have this condition, have their brains and spinal cords processing pain signals differently. This produces very real physiological and neurochemical problems, according to a Mayo Clinic expert.

In 2015, physician Ginevra Liptan announced, “fibromyalgia will finally be recognized as an official diagnosis in the new ICD-10 list of codes being adopted across the U.S.”

In other words, it is finally being accepted as a real disease, being legitimized, and more prone to be studied, and advancing in the medical field.

I overheard a woman at the beauty shop the other day. She spoke of how she continues telling her doctor all of her symptoms (describing fibromyalgia to a tee), still her physician kept telling her it was “all in her head.” I felt for her, and suggested she switch doctors, giving her the name of mine.

Although some progress has been made in diagnosing, understanding and treating this disorder, all physicians should attend workshops, in order that they hear and answer those patients who are crying for help as I was.

As the medical community continues to study myalgia (another name used to refer to fibromyalgia), we who have this disease, are given more hope.

According to the National Fibromyalgia & Chronic Pain Association, there are an estimated 10 million people in the U.S. affected by the disorder, and an estimated 3 to 6 percent of the world population. It is my wish, that as we learn more about it.

We can be more resourceful in fighting fibromyalgia, and perhaps even find a cure.

Angie Lucarini resides in Niagara Falls, N.Y. with her husband and 5 children. She is an author of two books, which are available on Amazon.com.