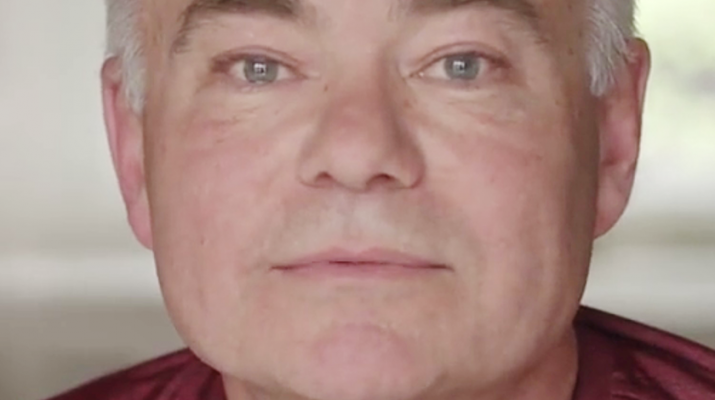 Joe Magiera of Lancaster has refereed hockey locally for decades when not serving as director of project management for Birdair, Inc. a fabric roof structure manufacturer in Amherst. The 55-year-old enjoys running, spending time with his grandchildren and wife, Joanne.
He’s also a prostate cancer survivor.

Before cancer, Magiera hardly ever visited a doctor. But when he turned 50, his primary care doctor recommended a PSA as part of a routine annual physical.

“I had zero symptoms before my PSA,” he said. “Nothing.”

The numbers fell in the normal-to-just-higher-than-normal range. His doctor referred Magiera to a urologist to look at the findings closer.

“He was keeping an eye on it and wasn’t overly concerned,” Magiera recalled. “As luck would have it, my urologist retired and I chose another doctor. His credentials were good. He looked at my numbers and he sent me for a MRI. They saw something that looked suspicious.”

Within a few months of his first visit with the new urologist, Magiera received a positive prostate biopsy. The cancer was contained within the prostate and Magiera’s urologist said that by removing the organ, he could eliminate the cancer.

“That appointment was shocking,” Magiera recalled. “I didn’t think that would be it. You could’ve knocked me over with a feather when he said I had prostate cancer.

Since the prostate gland is the size of a walnut, the tiny lump in Magiera’s prostate was undetectable without the PSA test. His cancer was slow growing, so Magiera could have opted for radiation or the wait-and-see approach to see if the cancer would spread. His doctor felt that he was a good candidate for robotic surgery. Magiera had to wait eight weeks for the biopsy site to heal and underwent surgery in September 2016.

“I was thankful and grateful it was contained,” Magiera said. “I came out of the surgery pretty easily.”

Although radiation and chemotherapy possibly could spare his prostate, Magiera did not want to live in uncertainly, dreading the cancer’s return. He liked the finality of surgery and assurance that all the cancer was removed from his body.

“The down side is the adjustment with having the prostate removed,” he said. “But it’s done. There’s no more what-ifs. There were no guarantees with the other options. I had the luxury of getting it over with. I thought that was more important and the better way to go.”

He said that post-surgery, he had to re-adjust to urinating again, but unlike many long-term prostate cancer patients, he didn’t experience incontinence.

He avoided caffeine and alcohol, which irritate the bladder, and planned when he would need the restroom to ensure he had immediate access.

A physical therapist helped him restore “about 98 percent of where I was before,” Magiera said. “I can live with that.”

He said that he didn’t bank sperm, unlike younger men who still want to have children.

Within six to eight weeks, he was released to resume his regular life.

“It wasn’t very long before I was back to normal,” Magiera said. “I was lucky. You try to eat well and maintain your weight and it pays off. My doctor said if I were overweight, that robotic surgery option may not be available.”

He tells other prostate cancer patients to listen to their doctors and follow through with physical therapy to make recovery better and faster.

“You’ll want to feel better and do things sooner than you should, but you need to give those eight weeks to recover,” he said.

He also encourages patients to ask their doctors plenty of questions and find out what treatments are available. The doctor/patient relationship is crucial, as patients need to feel they can trust their doctor’s judgment.

“For us, it worked out,” Magiera said. “Explore your options. It gives you a good avenue to find out what questions to ask.

“Those PSA tests are lifesavers. I’ve asked more guys than I can remember since my surgery, ‘What is your PSA score?’ If they don’t know, I tell them they need to find out. It’s a simple blood test. It’s so valuable.”