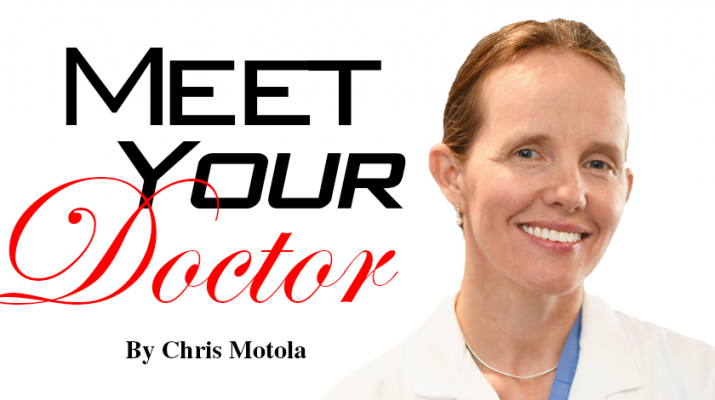 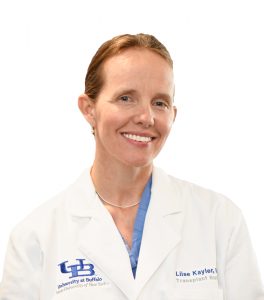 Q: Tell us about the $1.2 million grant ECMC received from the government and how it relates to kidney transplants.

A: It’s to better inform people about the option of kidney transplantation from living donors. Basically there are a lot of people who are in need of kidney transplants. The waiting list is about 100,000 patients and there aren’t enough kidneys available from deceased donors. So the other option is to have a kidney from a living donor. A lot of people are able to find living donors who then come forward and donate. They don’t have to wait to receive their kidneys, the kidneys work right away and they can get back to their lives more quickly and go on to have a better quality of life and live longer. But some people have a hard time discussing kidney donation with friends and family, knowing the details about kidney donation and about approaching family.

Q: Where are patients currently getting the information they do have?

A: Even when family members consider it, there are things they’d like to know, but they’re not necessarily coming to the transplant center to ask about. They’re looking online, they’re finding out in any way they can. So my idea was to make animated videos that clearly depict the process of being evaluated as a living donor, undergoing the surgery, following up, and recovering from the surgery. The idea is to help both the donor and the recipient.

Q: What made you decide to use animated videos?

A: I can’t remember the exact time the idea came to me, but it’s been an irritation of mine when I hear patients say they don’t understand something despite the classes that we have that give that information. We talk to them a lot in our clinics. Yet they still don’t understand a lot of the information we give them. And there’s just not a lot more time that we can spend with them. There’s a lot of literature that suggests that, even when we do talk to them, we’re not talking to them in a language they can understand. Sometimes they believe they understand but don’t. Sometimes they know they don’t understand, but are afraid of saying it.

Q: That seems to be a problem for a lot of science-based fields.

A: The other annoyance I have is that when someone brings up the idea of another intervention, it’s usually about making another person or team available, bringing in the family, meeting with the family. That’s just more talking. Meanwhile, the internet is this resource everyone’s using to learn things. People go to YouTube to figure out how to fix their car or their house. Why aren’t we using that to help patients understand healthcare? It seems obvious that this is probably a better route, yet few of us are actually doing it. There are centers that are pushing the envelope and doing more videos. Usually it’s a person talking. Some have some great diagrams. From the studies that have been done, it’s a pretty powerful way to educate people. I happen to have a bias toward animated videos.

Q: What do you find most appealing or effective about them?

A: I think they impart information the best. At first I was thinking about doing whiteboards and found some good ones online. Then I looked at the comments and found most of them were from nursing students and social workers. The people that were engaged were already trained and somewhat academic people. It’s going kind of fast. There’s a hand moving on the screen. It looks cool, but it might not be good enough to explain complex ideas to lay people. Over time, as I started to investigate what was out there, I found a few great animated videos on healthcare topics. And then I switched gears and realized that was the direction I was going to go. At that point it was just about putting a team together to make that happen, which is actually kind of a hard thing for me because I’m good at being a surgeon and clinician, but writing a script, creating a video, im imagining how the video will look; we’re used to doing PowerPoints.

Q: How was the learning curve?

A: This is a whole new medium for me. We had to find an animator. We’ve gone through five so far and have now found one we’re really happy to work with. But it hasn’t been easy getting it all together. It’s also quite expensive. Making a brochure or PowerPoint is very cheap. So it’s not easy to find funding. So I started writing grants. The HRSA [U.S. Department of Health and Human Services] grant was actually the third one I wrote that got funded. I had written some pilot grants that were important because they let us get started, figure out what imagery worked and what didn’t. What concepts we were successfully able to describe and which ones we weren’t. So it helped to have that pilot data to get the HRSA grant. The HRSA grant is exciting because it’s a kind of validation of our idea. It’s great when local grant agencies are supportive of your idea, but you don’t feel like it’s that viable until a government agency supports your idea. We have a large group of patients coming in in the next couple months to look over early prototypes of our videos and help us develop them. It’s important to have their input, because it’s for them. We need to know what they like, what they dislike, what information is not there. A lot of it is describing their experience, so we need to know if patients who are considering going through the process are getting an accurate view of what the experience is like.

Q: What are some of the misconceptions about kidney donating that you think the video needs to address most urgently?

A: That’s hard for me to figure out a lot of the time and something the focus groups will be able to help with. I know a lot of people don’t realize they can give up a kidney and live normal, just-as-long lives as they would with two. I think a lot of people don’t think they’re eligible because they have minor medical problems or take medications. It’s better for people not to self-select out and come to us and do some light testing to see if they’re eligible. In terms of visiting the transplant center, I don’t think they have that many expectations, but it’s good for them to be prepared for that visit. In terms of the surgery, some of them think they’ll be hospitalized for a long time. You can be back to work as early as two weeks if you have a desk job. For others, it’s four to six weeks. They all seem to understand the benefits of donation. That’s it’s an elective procedure that can be done before the patient needs to be on dialysis, so the patient doesn’t have to experience dialysis. They understand it’s a better and longer lasting kidney. The other great thing about videos is that they can be shared by the patients and community themselves without the physician even being involved.

Q: When do you expect to release the videos?

A: It’s a three-year process. It’ll take a year to iteratively develop the videos. Another year to conduct the studies and formally test patients to see if the videos increase their knowledge and confidence in their knowledge. We’ll also be looking at if they share the videos.

ECMC’s Regional Center of Excellence for Transplantation and Kidney Care recently received a $1.2 million grant from the U.S. Department of Health and Human Services Health Resources and Services Administration to increase solid organ and tissue donation. The award will be dispersed over three years — $400,000 per year.

ECMC officials expect the total number of transplants in 2018 will surpass the number from last year.