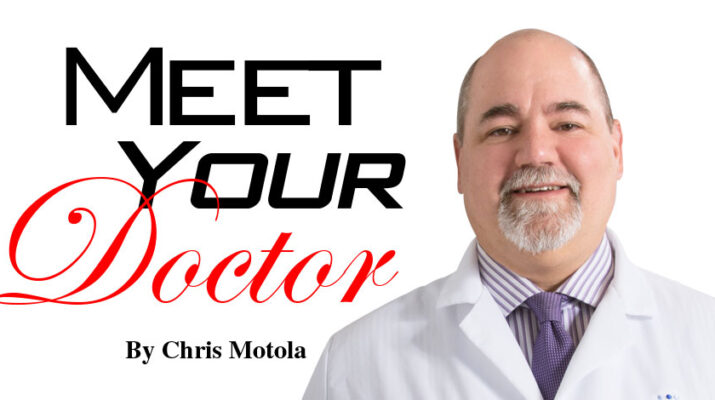 Q: You deal with infectious diseases in children, but you have a few areas of specific specialty. Can you talk about them?

A: I am a pediatric infectious disease physician, so I have general knowledge of infections in children, as well as of vaccinations and treatments. I specifically work on antibody reactions to infections. My fellowship was on HIV, so I’ve been using my knowledge to help potential vaccine development. There’s also a condition called Kawasaki disease that I’m interested in. We don’t know what causes it, so we’re studying antibody reactions to try to figure that out. It’s an inflammatory condition that looks a lot like a lot of other infectious diseases. We’re not even sure it is an infectious disease, but it falls under our clinical care. And then, with the SARS-CoV-2 pandemic, we’ve been exploring antibody reactions, particularly because there’s a subset of children who are infected who get something called multisystem inflammatory syndrome (MIS-C). It looks a bit like Kawasaki disease, so when it first showed up we did some studies on it. There doesn’t seem to be any relation between it and Kawasaki though. So those are the three main things I’m working on right now.

Q: Let’s touch on each of them. I often say my impression is that, where AIDS/HIV is concerned, our success in treating it has kind of pushed the disease out of the headlines despite the fact that a vaccine is still needed and being worked on. So where are we on that?

A: I agree with that assessment. Unfortunately it’s still a ways away. HIV is extremely tricky to develop a vaccine for. It has a lot of diversity, and it can continue to be infectious while it’s mutating. As soon as you get an immune response, it’s already mutated away from the immune response. So it’s a particularly hardy virus to try to attack. So we try to target different regions. There are a lot of HIV vaccines being developed. There was some minor success with one of them, and it wasn’t replicated well in other studies. So we’re looking at antibody responses to try to target the protein on the surface of the virus. We found a new area of the envelope that is potentially targetable on multiple types of HIV, so we think it might be a good target for a vaccine. For treatment, we have been a victim of our success. In America, it seems like there’s hardly any pediatric HIV anymore. We’re good about getting pregnant moms therapy and also treat around the time of delivery to help prevent transmission. So pediatric cases in the U.S. are extremely rare at this point. However, it’s still a very significant issue worldwide. So from that perspective a vaccine is still a very high priority.

Q: I’ve never heard of Kawasaki disease before. How common is it?

A: It’s technically considered a rare condition, but estimates are that there are about 5,000 to 6,000 cases in the United States. Now that we’ve vaccinated against things like strep pneumonia, pneumonia actually has fewer cases than that. We get about 12 to 13 cases a year in Western New York. The problem with Kawasaki is that it’s very inflammatory. Kids present with at least five days of high fever with multiple systems inflamed. About a quarter of these cases will go on to have their coronary arteries become inflamed and form aneurisms we can treat that and reduce it with a medication called IVIg, but we don’t really understand why the IVIg works and we don’t know what sets off Kawasaki. We think it might be an infectious disease because siblings get it more often than non-siblings and there seems to be a seasonal predominance in the winter and spring. But even if it is an infectious disease, we don’t know if the infection is setting off the aneurysms or it’s the inflammation setting it off.

Q: And this disease only presents in children?

A: It’s most common around 3 years old, and by 7 or 8 it’s extremely rare. So it’s very much a pediatric condition.

Q: Do the kids usually recover from it?

A: Yes, most do. There are rare cases where children pass away. The mortality rate is in the realm of 1 to 500, 1 to 1,000. So the fever eventually burns out, but in about a quarter of the cases those kids have had severe coronary inflammation. Kawasaki disease was first described in the ‘60s, so we now just have adults who’ve had it as children. The data supports that they have earlier heart disease than they should for their age.

Q: What are some of the other theories for what might cause it?

A: A lot of them have been debunked, most notably that it has something to do with carpet cleaning. There’s a new theory that it’s some kind of environmental antigen, or a two-part process where an allergy sets it off and then one of many different infections comes in. There’s also debate over whether it’s entirely an active infection or an infection and then a post-infection condition. And there are people who think it’s entirely auto-inflammatory and not related to an infectious disease. It’s very frustrating. We don’t even know what the medicine we use works, what causes it, why some kids who get it worse. Why 1% to 2% of kids who get it get a recurrence, usually within six to 12 months? That whole distinction is a mystery to us. We don’t have good answers for the parents. That’s what got me interested in it. Some people talk about passion in their life. I think I equate passion to anger. It makes me angry that I can’t give the parents good answers.

Q: Finally, regarding COVID-19, there’s definitely been a lot of cases of it causing inflammation and clotting, but we also tend not to think of children as being at as much risk as older adults.

A: Yes, that’s a really interesting thing. It seems like kids don’t get as severe a disease as adults. It’s probably going to take years of study to figure out why that is. Kids around the peak age for Kawasaki seem to do a lot better with COVID than teenagers and adults. It may have something to do with the ability to have an immune response within that age group. Some people think it’s T-cell history, with kids getting exposed more often to other coronaviruses. There are about four other common coronaviruses circulating that cause common colds. And then there are just more comorbidities for adults. Kids bounce back from almost everything.

Q: So how dangerous is this MIS-C condition that kids sometimes develop from COVID-19 exposure?

A: Like Kawasaki, it also very rarely leads to mortality. There have only been about 700-800 reported cases around the world. Those are just the reported ones. We’ve had maybe 10,000 to 20,000 kids infected in our area, and only a handful with MIS-C. They all did pretty much fine, though some were very sick at the time. Lots of people are trying to work this out, but it looks like a completely different disease than Kawasaki. We’re also treating them with IGIv, but it’s just generally a good anti-inflammatory treatment.