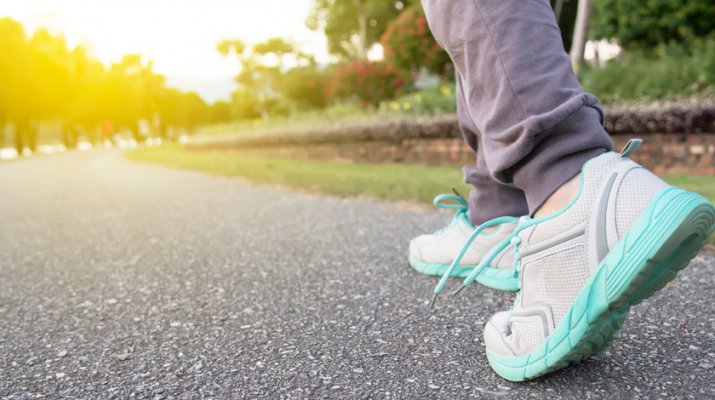 Wouldn’t it be nice if someone would pay you just to take a stroll? It turns out the notion is not, in fact, far-fetched at all.

There are several apps on the market that claim to do this and as a mom of a young boy with whom I go on walks every day, I thought I’d give one of them a try. Why not make a little cash for something I’m already doing?

My initial download was Bitwalking. What attracted me about this particular app was that it claimed to have a global outlook and aimed to “reset the balance of global wealth.” Essentially, users all over the world could generate this cryptocurrency by moving and they would be paid the same no matter where they are. You could also send your currency to other users who perhaps need the funds more. In addition, the program claims that it does not sell your data and doesn’t have advertisements.

It seemed like a pretty good deal. Unfortunately, I had trouble downloading the app and getting the access code to my account. Once I was in, I couldn’t find a clear answer as to how to redeem my cryptocurrency for anything and a Google search didn’t turn up any useful answers either.

Frustrated, I quickly deleted it from my phone.

I went on the hunt for another app to download and came across Sweatcoin.

Sweatcoin does not pay you in dollars and cents. Instead, you accrue cryptocurrency by the same name as the app. According to the fine print of the program, 1,000 steps will get you one Sweatcoin, minus a 5 percent commission.

I found that while I had my phone in my pocket, the tracked steps were nearly identical to what my Garmin Vivofit was counting. Once it converted, however, I found that I sometimes lost some of my steps. Different settings on your phone can affect this conversion and only outdoor steps count toward your Sweatcoin bank, but we’ll come back to those topics in a moment.

The prizes are cool, no doubt about it. Gift cards to Forever 21, Nike and Xbox as well as Delta Airways credits, audiobooks, temporary membership to a coffee club, an iPhone 8 and even $1,000 PayPal cash have come across the store dashboard since I joined last month.

This app also certainly provided me motivation as well. Although I was already up off the couch on a regular basis, my walks with my little guy became a bit longer and an extra evening stroll became a more regular part of our routine.

I have a fairly new phone with a relatively good battery life, but Sweatcoin gives it a run for its money. In order to properly track steps, the program must always be running in the background. This can be a real downside for someone who doesn’t have a place to recharge midday or has a battery that already struggles to make it through.

The app doesn’t currently count steps taken indoors, so those fitness classes and treks on the treadmill won’t generate any cryptocash. In a climate such as ours, that might make the app seem a little superfluous during the long winter months when strolls outside are not exactly pleasant.

I did find that while my walks with my son got longer, I found myself pulling out my phone all too frequently to check how my steps were doing. It was a distraction from our usual bonding time — and for me, that was certainly a drawback.

While the potential rewards are great, some are obtainable while some are nearly impossible to earn. The box of different coffees that I thought might make a great present for my mom was a mere five Sweatcoins plus shipping which was less than $4.

What had caught my eye initially, thought, was $1,000 through PayPal. That reward, however, is a whopping $20,000. Even with the highest membership, the cash would take nearly three years to earn. That would also necessitate walking more than 20,000 steps outdoors each day, which is roughly 10 miles, depending on your stride length. So if you’re in it for the big ticket items, you might have to rethink your strategy.

During the course of roughly a month, I have earned about 80 Sweatcoin and traded five of them in for a two-month subscribtion to the digital book platform called Scribd.

In an interview with the New York Times at the beginning of the year, the founders of the app said that they do not and will not sell users’ data to third parties. The app reportedly generates revenue by marketing the products of third party vendors to its users.

One must be conscious that their data is being collected however and such a promise shouldn’t be taken as a guarantee.

There are dozens of apps on the market that claim to pay or reward users for their physical actvities. If you are looking for something philanthropic, Charity Miles allows you to earn money and then donate it to any one of more than two dozen charities.

Bounts claims to give rewards for all kinds of activities and the plus is that it can be linked to other fitness trackers, so you need not have your phone on you at all times. The store looks as though it doesn’t offer much, however.

The app called Achievement pays out actual cash via PayPal, unlike many other apps. The drawback seems to be that it takes quite some time to earn a fairly minimal bit of money. You can earn up to 80 points a day and you need a whopping 10,000 points to earn $10.

Several of them pay what is known as cryptocurrency. The definition of cryptocurrency is “a digital currency in which encryption techniques are used to regulate the generation of units of currency and verify the transfer of funds, operating independently of a central bank.”

What this means for you as a user is that it is essentially a foreign currency that can only be used in a practical sense in particular venues, typically, the app’s store.

Some apps let you accrue points which can then be cashed in for prizes, deals, or in rare cases, cash.

Achievement is the exception to the rule, paying directly through PayPal, however the sum of money users receive will be reduced by a fee when the cash is transferred.