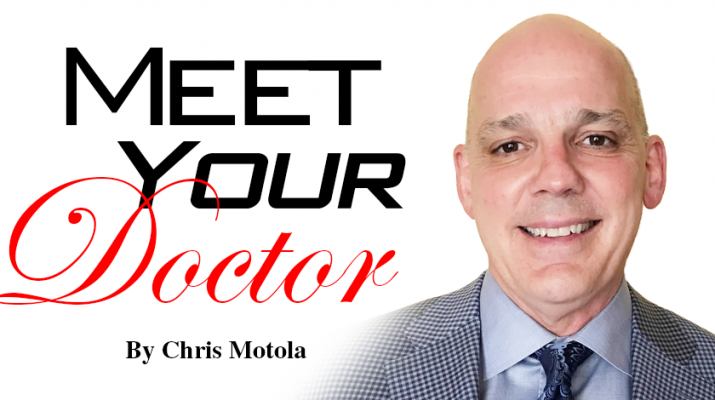 Q: Your subspecialty focuses on the arm — from the finger tips to the shoulder. Is there a reason other than proximity that we group all those joints together?

A: Orthopedics has sort of segregated itself into upper extremity guys and lower extremity guys. The hand is a bit more specialized, because it has a lot of tiny little anatomy that puts some people off.

Q: What kinds of diseases and injuries are you typically treating?

A: By far the most common thing I treat is carpal tunnel syndrome.

Q: It seems like you don’t hear about carpal tunnel as much as you used to. Is it declining at all, or is it just no longer news?

A: It hasn’t been declining at all, that’s for sure. That’s an interesting perception. I don’t know. It’s possible that it’s become so commonplace. We have a new way we’re going to start treating this in the office very soon.

Q: How will that work?

A: It will almost be the equivalent of a dental appointment. Your primary physician might send you to someone like myself. I’d evaluate it and, if you wanted to, I’d release your carpal tunnel in the office that day and that would pretty much be the end of it.

Q: I take it we’re talking about a minimally invasive procedure.

A: They’re calling it a micro-invasive procedure. Everybody’s got to give it a new name, you know how it is. But we use ultrasound guidance. It’s a very clever device that adds an extra measure of safety. The patients I’ve used it on seem to be getting better about 50 percent faster. My rockstar patient, if you will, was a 27-year-old. I did both her carpal tunnels on the same day. She’s a musician and was back playing in front of an audience about three days later. She wasn’t playing her most difficult stuff, but it was still pretty remarkable. I’ve done about 50 of these since the beginning of April and the patients do seem to do better, faster. Usually you want to give about three months to get completely back to normal. But I’m pretty confident saying about four to six weeks with this. You might still feel a little soreness in the palm of your hand. It really makes a big difference. And the procedure itself is really easily tolerated. Last week I had two women who were really nervous. I finished the procedure about five minutes after bringing them into the operating room and said, “I’m done.” They started laughing.

Q: Can you give us an overview of what you’re doing during the procedure?

A: Sure. We use ultrasound to make sure we know where all the bits are. We make a small incision on the side of the wrist about a quarter to three-eighths of an inch long. We use local anesthetic. We slide an instrument through the incision into the carpal tunnel. We use the ultrasound to make sure that it’s in the safe zone where we won’t hurt any blood vessels, nerves or tendons. Then we deploy a knife that cuts a belt that’s squeezing the nerve. It takes about five minutes, then they’re on their way.

Q: Do you see a wider application for this kind of procedure?

A: Right now it’s for carpal tunnel, but we are looking at applications for treating a similar condition in the elbow. So it’s pretty exciting. My prediction is that within five years nearly all carpal tunnel will be done in the office using something like this. Not only will it provide patients a better recovery, but it will cost everyone a lot less. It can also be used to diagnose carpal tunnel. I think it’ll really revolutionize treatment.

Q: What other procedures do you do commonly?

A: I do a lot of shoulder replacements. I’ve done probably about 1,500 in my career.

Q: Is there truth to the rumors that it’s a very difficult joint to operate on successfully?

A: I don’t disagree in one respect. Rotator cuff inflammation and tears are difficult surgeries to get well from. Shoulder replacements didn’t have a good history until about 15 years ago. It became a very reliable procedure. There was another advance that came here from Europe in 2005 called the reverse total shoulder replacement, which provided some good benefits to patients. Shoulder arthroplasty has lagged behind knee arthroplasty, but total shoulder arthroplasty patient satisfaction is about 95 percent now and patient outcome data rivals that of total hip replacement, which is kind of the gold standard.

Q: So it’s easier to replace the joint than repair the rotator cuff.

A: Yes. If you think of it this way: if you can imagine having a hole in the knee of your pants, it’s not an easy thing to repair. Even if you fix it, maybe it doesn’t function quite right. The shoulder replacement is like giving you a new pair of pants. So, often patients who have had a total shoulder replacement will remark that their recovery isn’t nearly as difficult as their friends who have gotten rotator cuff surgery. I’ve also pioneered an innovation there for a shoulder replacement for arthritis. There are two shoulder replacements that are used. One’s an anatomic total shoulder, which you use when you have a good rotator cuff. The reverse total shoulder is for when you don’t have a good rotator cuff. In order to put these implants in, you usually had to move one of these important rotator cuff muscles out of the way, which could cause complications. So in the last year I developed a technique that allows us to not interfere with those muscles. I’m not taking apart the muscles, so we don’t have to worry about protecting them. That means they can use their hand sooner. So we’re looking to inconvenience our patients as little as possible.