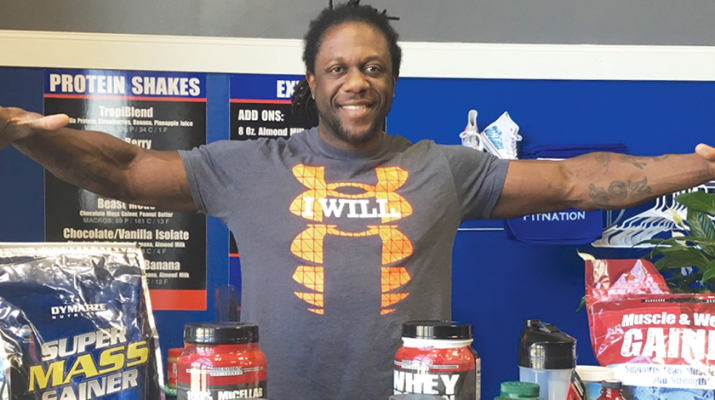 Though supplements can help people attain their fitness goals, they need to be taken in conjunction with a good diet, say trainers

These days, supplements are synonymous with bulking up, getting into shape and even losing weight.

But with entire GNC and Vitamin World stores stocked with dozens of varying products, figuring out which supplements to take — and when — can seem as daunting as establishing a dietary and workout regimen.

Dwayne Brinson, a personal trainer who runs Fit Nation in Clarence, says that regardless of a person’s body type or goals, it’s important to consume carbohydrates and protein shortly after a workout. Whey protein supplements work well because they can replenish your body much faster than food.

“You have a 30- to 45-minute window to get those nutrients back into the body,” Brinson said. “If you do solid food at that time, it’s going to be too late. Why? Because solid food has to break down, so it takes a few hours. By that time you’ve already set your body into a catatonic state.”

Brinson recommends purchasing a whey protein isolate, which is typically more expensive but contains less cholesterol, fat and sugars, according to him, and mixing it with water or skim milk. The amount one takes depends on that person’s body type, lifestyle and goals. Mobile apps such as MyFitnessPal can help people figure out how many calories they should consume both post-workout and on a daily basis.

Protein can also be taken before a workout, but it should not replace the post-workout protein.

For the same reason, some people take pre-workout supplements, but these give you a boost because they are loaded with caffeine. Brinson says pre-workout supplements can aggravate heart conditions, and recommends instead making lifestyle changes — sleeping a full eight hours, drinking water, eating frequently — to improve one’s energy for working out.

Brinson has a similar view on creatine supplements, saying that while they can help one gain muscle mass, they can also cause digestive problems, and aggravate conditions such as kidney disease, hypertension and liver disease.

“Everybody wants a quick fix instead of putting in the effort,” Brinson said.

Though supplements can help people attain their fitness goals, they need to be taken in conjunction with a good diet. That does not mean simply consuming as many (or as few) calories as possible, but rather consuming a well-balanced diet that is rich in vitamins and minerals, whole grains and a variety of sources for protein.

Brinson notes that men who are trying to gain mass often have an outdated dietary mindset and limit themselves to basics like chicken and rice, or steak and potatoes. They also end up limiting their progress, because they aren’t getting as many nutrients and complete proteins (characterized by the presence of all nine essential amino acids) as someone with a well-balanced diet.

“You’ve got to step out and get those other things. If not, it’s going to be a lot harder on your body, because you’re only getting fats and carbohydrates and protein from one direction versus blending it and getting a variety of sources,” he said.

In addition to a healthy diet, Brinson recommends a daily multi-vitamin, fish oil supplements and glutamine — an amino acid that helps protein synthesis — for those trying to bulk up.