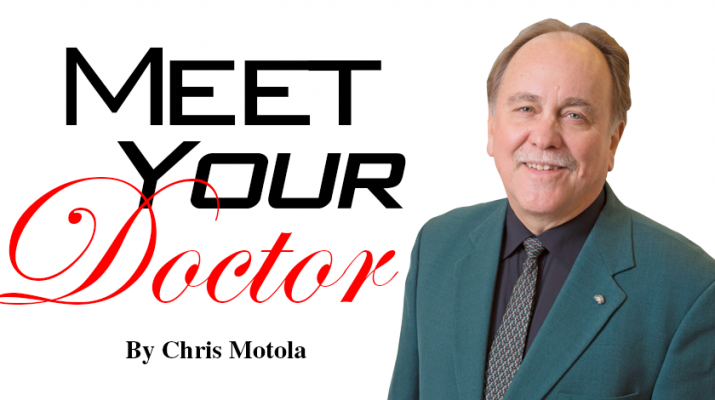 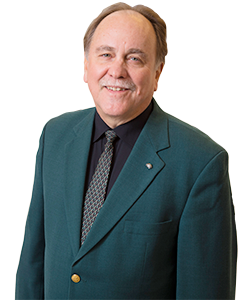 Q: Can you give us a brief overview of what nuclear medicine is?

A: Nuclear medicine is the use of radioactive drugs for treatment and diagnosis of different disorders. At this point, nuclear medicine test exists to study every single organ system in the body. It’s established medicine that every hospital does, or should be doing. The most common test is looking at blood flow to the heart for the diagnosis of coronary heart disease. What I’m involved with is the development of a field that uses nuclear medicine techniques for the diagnosis of brain disorders. This is complex because the brain is the most complex organ in the body and there are many different kinds of illnesses that can cause the same symptoms. So the number of potential illnesses and diseases for any particular system is pretty wide. I’m an expert in that and have been doing that for 30 years, but it hasn’t really gotten off the ground in the United States due to the complexity. So it’s a mission of mine to help develop nuclear neurology by helping to train young physicians in how to do it.

Q: Was there a turning point that made nuclear neurology seem more practical?

A: Honestly, it’s mostly me. I’m getting to the end of my career and looking at the state of affairs and realized that, as I’m not planning to work until I die, I should probably start training some young physicians in it. There’s also greater availability of new kinds of drugs that target the processes I’m looking at. Nuclear neurology uses a couple different imaging techniques. We had PET scans way back when, but we mostly only used them for research until about 20 years ago. In the early 1990s, there was a drug released that allowed us to look at brain blood flow. So, I’ve been using that drug since then. More recently, the FDA approved the use of three or four compounds to look at amyloids. Amyloid is said to be involved in Alzheimer’s disease. It’s a contemptuous issue, but the drugs can be used to diagnose Alzheimer’s. About five years ago, the FDA approved a drug that looks at dopamine and related neurons, which is useful when you’re looking at movement disorders, particularly Parkinson’s disease. It’s a constantly evolving field. As our understanding of cell biology develops, we develop new techniques for diagnosing illnesses based on observing problems in the cells.

Q: Are Alzheimer’s and Parkinson’s the diseases it’s most useful in detecting?

A: I routinely get referrals from doctors to diagnose just about any kind of neurological problems: dementia, Parkinson’s, strokes. Really, just about any disease process that affects the brain. These tests are particularly good at detection of neurodegenerative diseases. The most exciting thing for me is how early we can detect the disorders. We can then develop drugs to combat those illnesses before they do most of their damage. The problem has been that patients present with symptoms, but you don’t understand what disease they have. So, this testing will be increasingly important in developing new drugs by first providing accurate diagnosis. We haven’t had great biomarkers for a lot of these diseases. Nuclear neurology provides that opportunity, but it’s very complex and requires a lot of training.

Q: What have you learned about the mechanisms behind these diseases?

A: I actually have a new theory of Alzheimer’s disease that comes from my imaging of patients with dementia. I call my hypothesis the stressed homeostasis hypothesis. Right now I’m engaged in pulling together my data to validate each of the different points in that hypothesis. What this hypothesis stresses is that the derangements within Alzheimer’s is a multi-factorial process where the individual nerve cells get stressed to the point where they die. The common factor for all neurodegenerative illnesses is that brain cells die. The field has kind of lost track of that.

Q: Where do you think they’ve gone astray?

A: The popular theory right now is called amyloid theory. It claims that amyloids cause the illness. There’s been billions of dollars spent on this hypothesis, but it’s been a complete failure. The drugs they’ve developed haven’t worked because the theory’s wrong. Some drug companies are still beating that dead horse. Now I’m not saying amyloid’s not involved, because you do see amyloid built up in the brain, and any kind of garbage that builds up is going to impede function, but it’s not the primary cause. It’s multi-factorial. Decreased blood flow is also big component. So that’s just one example of what I’m currently focused on.

Q: What other research are you working on?

A: I’m working on research into cerebrovascular disease. I have seen that there’s a lot of vascular disease that isn’t even recognized in American citizens. It’s the disease of the small vessels. It’s not recognized because it’s almost microscopic in nature, but it’s causing dysfunction in the brain. So we’re trying to make people aware of this huge source of morbidity. Grandma may not be walking or thinking well because she’s suffering from small vessel disease that we’re not even aware of. I do not accept that aging is a condition associated with decreased function. With aging there are illnesses that get worse. Much of what we call normal aging is disease process.

Q: Does it have applications for autism?

A: I really haven’t studied autism, so I can’t comment, but there’s been some advances with autism with regards to brain imaging. I just haven’t been personally involved.

Q: What are the challenges of creating this program?

A: Institutional groundwork that allows me to do it, really. It’s having the opportunity to invite these young doctors in to share the opportunity with me. Whenever you want to do something new, you’ll encounter institutional inertia. That’s where I’m at right now.