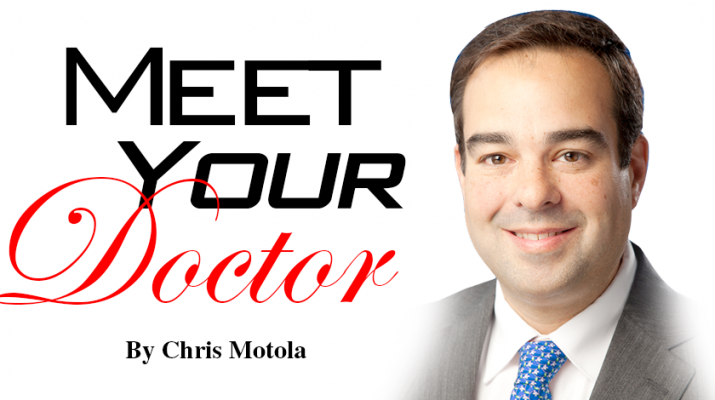 Chief medical officer at BlueCross BlueShield on his career, the Affordable Care Act and on perceptions that insurance companies are an impediment to care 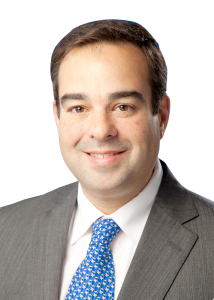 Q: What led you from pediatrics to insurance?

A: I started at a local practice called Delaware Pediatrics, which is a great pediatric practice. I wound up as the managing partner there a few years in, then was managing it for the better part of 11 years. I was faced with the challenges that I think most primary care practices face, just in terms of handling the logistics of the practice, including reimbursements. It led me to have interactions with the health plan, which was eye-opening because I didn’t really understand the big picture of how health care was paid for as well as I thought I did. So when there was an opportunity to have a seat at the policy table, especially with the Affordable Care Act being passed, it seemed like too big an opportunity to pass up. It was an opportunity to have an effect on the community beyond the effect I had on individual patients.

Q: What attracted you to BlueCross BlueShield of Western New York? Was it the company’s footprint in the region? The way they operate?

A: I wasn’t actively looking to make the shift, but I was trying to be as busy in the community as I could outside of just my practice. I got into working with BCBS on a project called Optimum Physician Alliance. It’s a special project that was a joint venture of BCBS and Kaleida Health and 700 community physicians. My work in that gave me an inside view of BCBS. By Western New York standards, we’re a very large organization, we employ lots of people, we do lots of community work. So it really fit with where I wanted to go.

Q: Touching on politics for a moment, with the changes brought about by the Affordable Care Act (ACA) and now Trump’s promise to repeal and replace it, how are you able to pivot and adapt within such a volatile political climate when it comes to healthcare?

A: Even though it feels like changes are imminent, and there likely will be some, they usually take place over some time. At the end of the day, politicians usually understand that industry changes take time. I think there was a tremendous amount of investment and work at all levels of healthcare about how to comply with the ACA. There will likely be an equal amount of effort dedicated to adapting to whatever changes are coming. I think people don’t talk about the cost of swinging from one healthcare approach to another. It’s not just instability, there’s an actually financial cost. It’s an expensive thing to do. I hope it’s done carefully so we head down a path that doesn’t require another major course correction every time the political winds change. There are a lot of good things about the ACA, and it looks like a lot of those things will be maintained. We’ll have to see how it goes.

Q: There’s a common perception that insurance is an impediment to care. What role do you think it has to play in improving patient outcomes?

A: I’m happy you asked that. A part of what we’re trying to do is try to create a better understanding of how all the pieces of healthcare work together. From my physician point of view — and many others’ — insurance companies are viewed as a barrier, maybe not so much to care, but the ability to make a decision without having to jump through hoops. Now, those hoops are created for a reason. So having switched places, I have a better idea of the role the insurance company plays in what they’re trying to do. So without a doubt, insurance companies aggregate dollars from a pool of people and then pay for the care all those people receive out of that pool of dollars. So there’s an important role to be played in making sure your members get the care they need, but also making sure they don’t get care that they don’t need. That’s a core insurance function. Accreditation, access to care, all of those are core functions that an insurance company do. We’re positioned in an awkward middle ground where we’re vulnerable to criticism from both the public side and the physician side, but we do provide several core functions that keep the whole system running. I’ve joked around with a few doctors about how unbelievably complicated and expensive it is to pay for healthcare. There’s something to be said of having an organization dedicated to handling that.

Q: You’ve been appearing on a podcast series BCBS puts out called “Point of Health.” Tell us more about that.

A: It’s a bi-monthly series. I’m not sure if it’s ongoing or just a certain number of episodes. I’m not a regular feature, but I was on the first one and one on the ACA and the political transition. It was enjoyable and a lot of fun.

Q: Do you think insurance has a role to play in preventive care, particularly in the context of trying to influence patient lifestyles?

A: We do. We have a really robust area that does health promotions. We work with employer groups and individual members on precisely that stuff. People can take a health risk assessment to identify behaviors that could lead to medical problems down the road. It could be smoking, or being overweight. We have all kinds of resources that people can access from healthcare to educational materials so they can get an idea of why those factors are important. So there’s definitely a role there. To some extent, you can also build it into benefits with things like wellness cards and gym memberships, but we try to make it a person-to-person interaction to assess whether they’re ready for that kind of thing or to encourage them to move in that direction.

Q: How does it end up paying off for you guys?

A: So, if you think about how an insurance company works, as the year-to-year business that it is, you could be a BCBS member in 2017, but in 2018, your employer could change your plan or you might go to the health exchange if it’s still around, or whatever. But the fact that people are potentially not going to be a member next year doesn’t mean we don’t try to invest in their health. It’s more of a community investment.

Q: If you don’t mind engaging in a little speculation, do you think the healthcare exchanges will be around in the near future?

A: I’ll say this. New York state has been very progressive in regulation around healthcare and has its own exchange using the ACA as a framework. So regardless of what happens with Repeal and Replace, the effects will probably be less noticeable here than in other parts of the country.