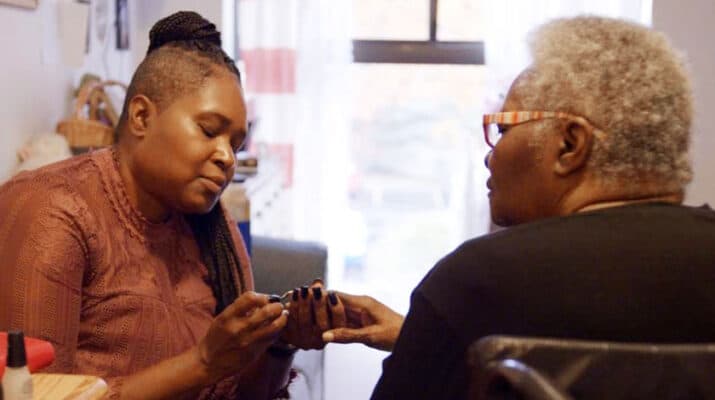 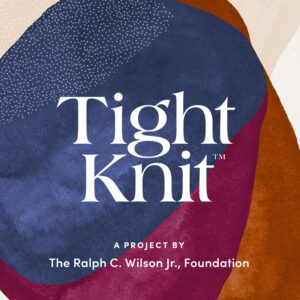 Providing care to an older family member can be stressful, complicated, challenging and isolating. It can also be rewarding, gratifying and fulfilling.

While it is a complex task to take on, it is one that is not discussed openly nearly enough, according to Amber Slitcha, vice president of programs for the Ralph C. Wilson, Jr. Foundation.

It was with that in mind that the foundation recently launched a content series on the topic named “Tight Knit,” which features two short documentaries and eight podcast episodes.

The documentaries and podcasts explore the day-to-day lives of caregivers and their loved ones, bringing to light both the joys and challenges of the task. The experience is one shared by many. According to a release from the foundation, there are 41 million Americans currently providing unpaid care for older adults.

Slitcha noted that in the broadest sense, a caregiver is simply someone who helps take care of another person who isn’t able to do things that they once were, or perhaps needs assistance with tasks they were never able to complete on their own.

“We’ve really honed in on caregivers of older adults,” she said. “As some folks get older, they’re not able to do everything they once could.”

While the series has narrowed its field of focus somewhat, Slitcha noted that from the start, caregivers of older adults are likely to experience widely varied journeys.

“There are what I would call acute challenges, and then there are challenges that creep up,” she said.

For some, a traumatic event, such as a stroke, suddenly necessitates a caregiver being present in a loved one’s life. For others, degenerative ailments, such as Alzheimer’s and dementia, create the need for caregiving on a slowly evolving scale.

There are common threads, however. A group of anthropologists who recently studied the experience found that while caregivers experience plenty of hurtles, most said that they would gladly do it again.

In situations where the need for caregiving accumulates over time, Slitcha noted that many in the role don’t realize how much stress and isolation build up as well. She also noted that a sense of pride or even a bit of stubbornness as well as an aspect of fear can also compound the issue, making it difficult for caregivers to reach out and ask for help.

The stressors can also transfer over into one’s professional life, with certain stigmas making it difficult for caregivers to speak to their employers about the need to leave work to attend to certain obligations.

“I think our whole purpose in doing this is to really generate conversations and to really talk about being a caregiver and really make it something that’s OK to talk about,” said Slitcha.

She added that other responsibilities outside of the workplace, such as caring for children, tend to be much more commonly accepted and openly discussed.

These topics are among those addressed in the content series which was originally slated to launch earlier in the year but was delayed until Aug. 4 due to COVID-19. According to Janelle Greene-Todd, communications associate, a live event was originally planned but was not able to be executed, so a later, digital launch of the series was enacted.

While the content of the series was already set before the pandemic hit and did not change as a result, Slitcha said that the current situation may make the content all that more valuable.

“Everybody is facing new and unique challenges,” she said. “It could be good for people just to be able to see that there are other people out there experiencing the same thing and maybe it even gets them to reach out.”